“It was a small, intimate celebration with close family,” says Arquette’s spokesperson. They were wed at the Palazzo Contarini in Venice, Italy.

The couple first became engaged in 2002 and have a 3-year-old daughter, Harlow Olivia Calliope.

This is the second marriage for both. Jane, 37, was previously married to actress Aysha Hauer, the daughter of Rutger Hauer. The actor’s credits include roles in The Punisher, Under Suspicion and Magnolia.

Arquette, 38, has a 17-year-old son, Enzo, from a relationship with musician Paul Rossi. She was also wed to Nicolas Cage, though nine months after their 1995 wedding they reportedly separated, only to continue appearing in public together as a couple.

In 1996, two months after their split, lawyers drew up legal separation papers for the Cages, though their divorce was not finalized until 1998. 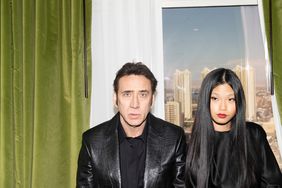