From Reese and Jake to Kate and Meryl, the stars hit the town to celebrate!

Oscar presenter Reese Witherspoon (in a beaded Rodarte gown) only has eyes for beau Jake Gyllenhaal at the Vanity Fair bash.

Jennifer Aniston (in Valentino Haute Couture) holds on tightly to her main man, John Mayer, at the Vanity Fair Oscar bash inside the Sunset Tower Hotel in West Hollywood. The star arrived at the party after presenting on the Oscars stage – where she shared the spotlight with Angelina Jolie.

Members of the Slumdog Millionaire cast – including stars Dev Patel (center) and Freida Pinto (far right) – bask in their Oscar sweep (eight wins including Best Picture) at the Fox Searchlight afterparty at Los Angeles restaurant ONE Sunset. The cast entered the bash to a roaring round of applause and danced the night away – even boogying as they left the bash at 1:30 a.m. to continue party-hopping.

Best Supporting Actress winner Penélope Cruz (in Atelier Versace) holds tight to her golden man at the Vanity Fair Oscar party. "I dedicate this award to all those from Spain who feel this award as theirs," Cruz said in Spanish of winning the night's first award.

Center's Grand Ballroom after the big show. The couple, seated at the same table as Mamma Mia star Amanda Seyfried and her boyfriend, The Duchess' Dominic Cooper, whispered to each other throughout dinner and greeted fans on their way out.

Also at the Governors Ball, Best Actress nominee Anne Hathaway (in an Armani Privé gown) and her guest arrive with a smile for the after-Oscar bash. The actress sipped a cocktail, munched on a salad and told PEOPLE, "Being in Hugh Jackman's arms and him carrying me on stage" was one of the highlights of the night.

Presenter Tina Fey, who got the crowd laughing with Steve Martin, shows off her sexy Zac Posen gown at the Governor's Ball – and her sense of humor by stopping to pose with Oscar in the background.

After getting a shout-out from pal Sean Penn during his Best Actor acceptance speech, Mickey Rourke returns the love at the Vanity Fair bash.

Queen Latifah, who crooned the classic "I'll Be Seeing You" on the Oscar stage during the "In Memoriam" montage, lets loose with Best Supporting Actress nominee Taraji P. Henson at the Governors Ball.

The show is over but the night is just beginning for Milk star – and Best Supporting Actor nominee – Josh Brolin, who sneaks a snuggle with wife Diane Lane at the Vanity Fair bash.

Talk about turning the other cheek! Jessica Alba (in RM by Roland Mouret) gets some love from husband Cash Warren at the Vanity Fair party.

Gwen Stefani (in Chanel Haute Couture) and Gavin Rossdale get the party started early, watching a live telecast of the Academy Awards at the Vanity Fair fete.

Is it the Grammys or the Oscars? Staying in tune, Sheryl Crow and Mick Jagger mingle at the Vanity Fair bash.

Grey's Anatomy star T.R. Knight stays close to boyfriend Mark Cornelsen at Elton John's bash. "I love being around him," Knight has said of his beau of almost a year.

It's the man of the hour! Party host Sir Elton John gets some face time with Gossip Girl star Chace Crawford at his 17th annual AIDS Foundation bash. "I pledge to remain committed to this cause for the rest of my life," John has said about his devotion to finding a cure for AIDS.

Is that drink shaken, or stirred? Jerry Seinfeld joins 007, Daniel Craig, for some refreshments at the Vanity Fair post-Oscars party. 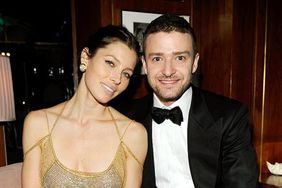 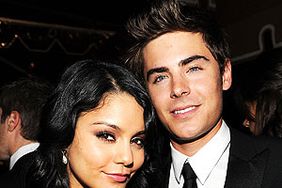 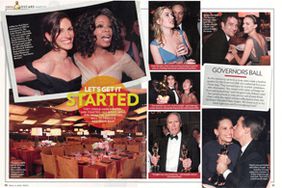 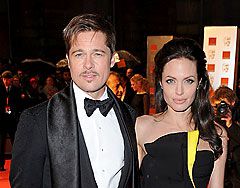 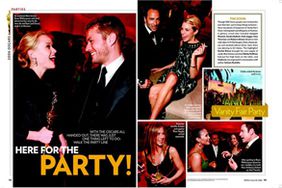 Here for the Party! 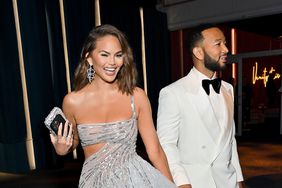 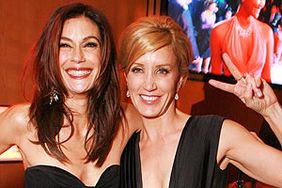