Melissa and Matt Graves, the Nebraska parents whose 2-year-old son, Lane, was killed by an alligator while on vacation at Orlando’s Disney World‘s Floridian Resort & Spa on Tuesday, have released a new statement regarding the tragedy.

“Melissa and I continue to deal with the loss of our beloved boy, Lane, and are overwhelmed with the support and love we have received from family and friends in our community as well as from around the country,” the family said in a statement on their church’s website.

“We understand the public s interest, but as we move forward this weekend, we ask for and appreciate the privacy we need to lay our son to rest.

“Neither Melissa, myself or anyone from our family will be speaking publicly; we simply cannot at this time,” the family added.

The Graves, along with 4-year-old daughter Ella, returned to their Elkhorn, Nebraska, home on Thursday afternoon.

Earlier in the week, the Orange County Sheriff’s office said the family had asked for privacy to grieve.

“The Graves family appreciate the support they have received and have asked for privacy as they grieve the loss of their son,” the sheriff’s office said in a statement shortly after releasing the first public photo of Lane.

The toddler was playing in about a foot of water in a lagoon on the resort – a common practice, according to one vacationer – when the alligator came out of the lake and attacked. The boy’s father tried desperately to fight off the gator, suffering lacerations on his hand, but neither he nor a lifeguard could save the boy, according to the Associated Press.

His body was found by Orange County Sheriff’s dive team on Wednesday. Upon the discovery of the body, the tragic news was delivered to the family by authorities and a priest.

“Of course, the family was distraught, but also somewhat relieved that we were able to find their son with his body intact and that his body was located so they can come to grips with what happened,” said Demings, who added “it was a tough message to deliver to them to let them know that their child was dead.”

The family also said “they do appreciate all of the prayers that have gone forward to allow those of us working to do our jobs to recover their son so that they can move forward at this time with a proper burial,” according to Demings.

PEOPLE has confirmed there were “no swimming” signs posted around the area at the Seven Seas Lagoon, where the incident occurred, but none of those signs warned visitors about the presence of alligators.

Walt Disney World Resort officials have announced they are installing new signs and temporary barriers on their resort beach locations.

“We are installing signage and temporary barriers at our resort beach locations and are working on permanent, long-term solutions at our beaches,” Disney said in a statement to PEOPLE. “We continue to evaluate processes and procedures for our entire property, and, as part of this, we are reinforcing training with our cast for reporting sightings and interactions with wildlife and are expanding our communication to guests on this topic.”

The new warning signs, which appear in red, and feature images of an alligator and a snake, read: “DANGER. ALLIGATORS AND SNAKES IN AREA. STAY AWAY FROM THE WATER. DO NOT FEED THE WILDLIFE.”

The Greater Omaha Chamber of Commerce, on which Matt Graves sits, released a statement Wednesday afternoon about the tragedy.

“The loss of a child is a special kind of tragedy, particularly hard to comprehend. Our thoughts and our prayers are with the Graves family during this time of unthinkable sadness,” Chamber president and CEODavid Brown said. “We stand ready to assist [Matt], his wife and family as they grieve the loss of Lane.”

Disney also released a statement shortly after the body was recovered earlier this week.

“There are no words to convey the profound sorrow we feel for the family and their unimaginable loss,” George A. Kalogridis, president of Walt Disney World Resort said in the statement. “We are devastated and heartbroken by this tragic accident and are doing what we can to help them during this difficult time.”

The Omaha Community Foundation is accepting donations on behalf of the Graves family. St. Patrick Catholic Church will also be holding a special rosary for the family on Sunday after their 5 p.m. mass. 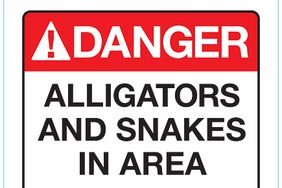 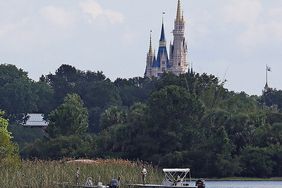 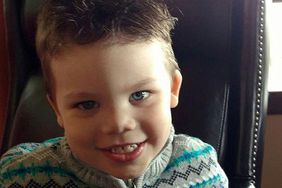 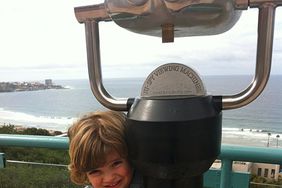 San Diego Dad Says He Warned Disney About Alligators Last Year After Two Came Towards His Son: 'They Said They Were Resident Pets'