For years fans knew Jodie Sweetin for her role as cherub-faced Stephanie Tanner on the hit show Full House. But after growing up on television, Sweetin returned to the public eye earlier this year with the startling admission that she had a two-year addiction to crystal meth. Now clean and sober, the 24-year-old is the host of Fuse’s wildly popular show Pants-Off Dance-Off, which features average folks – called “pancers” – stripping to their favorite music video (the second season kicks off Tuesday at 10 p.m. ET). PEOPLE.com recently visited Sweetin on the Pants-Off set and got the scoop about her music to strip to and keeping up with her Full House family.

After observing all those dancers on Pants-Off you must have learned a lot.
There are some great “pancers” out there, but I’m actually secure in my dance moves. I have learned to feel much better about myself. And I’ve also learned that people will do just about anything for $200 and some bragging rights (Laughs).

What song would you strip to?
I don’t know that I’ve ever thought about it. I think we have a set of videos you have to choose from. I know a lot of people pick the new Paul Oakenfold/ Brittany Murphy song (or) Gnarls Barkley’s “Crazy” – so far a few people have picked that. Not a great tempo for removing the clothes!

True. Well, do you have a genre in mind? Are you more a club/rave dancer? Or would hip-hop do it for you?
Probably hip-hop, but I’ve never really given it any serious thought. I like hosting, though. I’ll dance to anything. But I don’t think I would pick polka. That would not be on my list.

Since this is one of the first gigs you’ve had since Full House, was it important to do something extremely different from playing Stephanie?
I didn’t necessarily go out looking for something that was the complete opposite of Stephanie Tanner, but I’m 24 and this is the kind of stuff that people my age watch. And it’s entertaining. I want to really get back out there and get to be myself.

It sounds like things are going well for you now. How would you characterize the past two years of your life and where you are now?

Things are going unbelievably well. I’m really lucky to have gone through the things I’ve gone through and come out the other side and get a second chance to do what I love to do. I feel really fortunate to get to be doing this again.

Are there any plans for a Full House reunion?
I don’t think we’ll ever do an official reunion. But we still talk and see each other pretty frequently. I saw Bob (Saget) and Dave (Coulier) a couple weeks ago at Dave’s house. We still get together. It’s a second family for me.

Do you have any fashion advice for the Olsen twins? Or vice versa?
They seem to be the fashionistas, so if anybody’s going to have some advice it would be them for me. 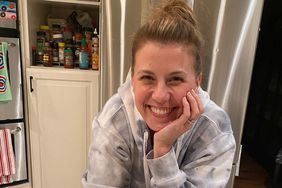