Pamela Anderson is calling for an amicable – and quiet – split from Kid Rock, for the sake of her children, she says on her Web site.

Anderson and Kid Rock, both filed for divorce earlier this week.

She adds: “Kids don’t know the difference between fact and tabloid does anybody?”

“Truth is,” she writes, “Bob is great in many ways – we just don’t belong together … we mutually agree. I love my children, he loves his son … we both have wonderful family and friends as support going thru this time.” 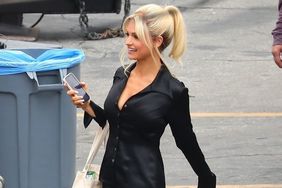