Considering she’s one of Oscar’s newest faces, Amy Adams sure is tight with the A-list. The Best Supporting Actress nominee (for Junebug) has already kissed Leonardo DiCaprio and had Steven Spielberg – her Catch Me If You Can director – tell her he’s proud of her. “So far, so good!” says Adams, 30, of her seven years in Los Angeles. But the actress, who’s one of seven kids, has family to keep her grounded: The morning of the Oscars announcement, her mother was back home in Castle Rock, Colo., working at a Starbucks. “She actually yelled, ‘My daughter was just nominated for an Oscar!’ She’s funny.”

On getting recognized now: “It’s really nice. I was in the store yesterday and a man came up and said congratulations, and as I was leaving another man was like, ‘Good luck!’ I feel like I have the support from the community in West Hollywood. My neighborhood deli is behind me.” (Laughs)

On her idols: “There are so many actresses I admire. I love Samantha Morton and Cate Blanchett and Kate Winslet. I’m not gonna move to London and adopt an accent, but I do love British actors. I love Holly Hunter, she’s very American, and Jodie Foster. Rachel Weisz … Oh! British.”

On her Junebug costar, The O.C.’s Benjamin McKenzie: “I haven’t seen the show! But I have seen Ben and I just adore him. Physically he reminds me of my little brother. I have a great affection for Ben; he’s just such a nice, smart, sweet guy.”

On kissing Leonardo DiCaprio in Catch Me If You Can: “The horrible thing about that is that there was no romantic staircase or beautiful dress. Like, I had pigtails. It was not how I envisioned my moment with Leonardo DiCaprio when I first saw Titanic. That was not my Leo fantasy.”

On working at Hooters after high school: “It’s like, I worked in dinner theater for seven years and nobody cares. At the time, I was a dancer, so I was used to running around in tights and a leotard – but it took me a while to figure out that Hooters was a little different. But it was two months, and it was to buy a car.”

On turning 30: “I love it. The twenties are confusing. For me, there’s just been a change as far as embracing being a woman and understanding that you can be a woman and a girl at the same time. It’s all about your spirit. We’re all girls. You never lose that.”

On how friends would describe her: “I know I’d get silly; I tend to be a little silly. My boyfriend (of three and half years, actor Darren De Gallo) says I’m sweet, and I’m like, ‘No, I’m not!’ Feisty, I’ve gotten feisty. (Being a middle child,) maybe that’s why I’m feisty. Like, ‘Excuse me! I will not be ignored.’ “ 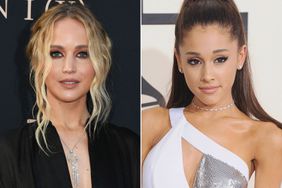 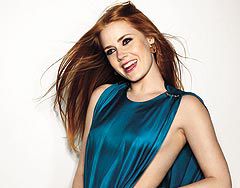 Amy Adams Is Not So Innocent 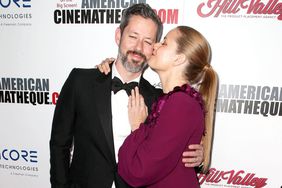