The Victoria's Secret model opens up about art and dieting, but plays coy when it comes to their budding romance

Miranda Kerr is happy to talk philosophy, but stays quiet as a monk when it comes to her personal life.

“I practice Japanese Buddhism,” the model told PEOPLE Wednesday night. “At the heart of it all, it’s about practicing peace.”

Modern art? Sure, she’ll give her two cents on that too. The Victoria’s Secret model headed to N.Y.C.’s Milk Gallery Wednesday for the launch of their exhibition of work by Shinjo Ito. “He’s good,” she said at the event. “Really inspiring.”

She’ll even chat about dieting: “I just did a three-day juice fast. It’s really detoxifying and cleansing for the body …. You don’t get that hungry.”

When asked if the two yoga devotees ever workout together, she responded with, “Ugh. Ha, ha, ha!” before finally managing, “Well, I’m sure he does yoga.”

The undercover lovers were recently outed, when they were spotted on a PDA-filled date at New York’s Max Brenner restaurant. “They were just being playful and kissing and hugging,” recounted an onlooker.

Did the two spend Valentine’s Day together? “I can’t tell you,” she replied with a laugh. “I work for Victoria’s Secret – but that’s my secret.
• Reporting by SUSAN L. YARA and CHARLOTTE TRIGGS 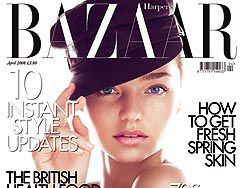 Miranda Kerr on Orlando: 'I Always Wear My Heart on My Sleeve' 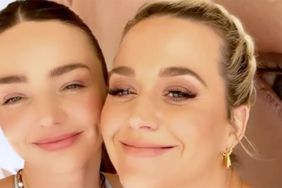 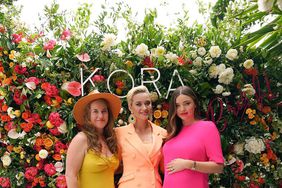 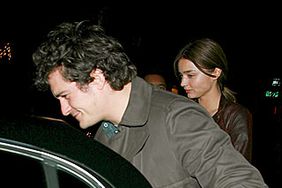 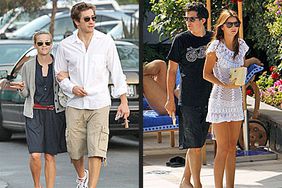 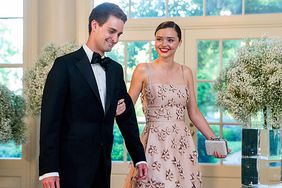 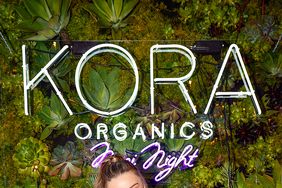 Miranda Kerr Opens Up About Life with Evan Spiegel and Her Three Sons: 'I Couldn't Be Happier' 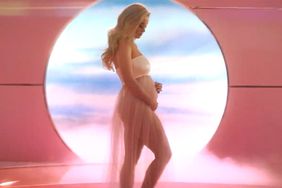