They've talked their way through a road trip, 140 appearances on Oprah and those gay rumors. Look back at their enduring bond

Oprah Winfrey has called Gayle King the "original Oprah Show ultimate viewer," her O magazine editor-at-large and, most importantly, her BFF – err, her "MSF," as she lovingly pointed out at the 2010 Matrix Awards (where they coincidentally both wore orange). "She is for me a mother, a sister and a friend," Oprah says, adding, "Whatever this friendship is, it's been a very fun ride."

While working as an anchor at Baltimore's WJZ-TV, Oprah, 22, offers Gayle, 21, a production assistant at the channel, a place to crash during a snow storm. "We became friends that first night because for the first time, I met somebody who I felt was like me," Gayle tells O magazine in 2006. "I'd never met anybody like that. Certainly not another black girl."

Four years after serving as maid of honor at Gayle's 1982 nuptials to William Bumpus, Oprah finds love with Stedman Graham. Stedman and Gayle become Oprah's pillars of support as her profile skyrockets with the popularity of The Oprah Winfrey Show. "What's made their friendship so successful is they both love to talk," Stedman says on Oprah in 2011. "So they made a pretty good living out of talking, and they're interested in the same things. They basically are sisters."

Oprah says she can't survive without her "night call" to Gayle. "I've never had a day's therapy, but I always had my night conversations with Gayle," she tells O, with Gayle adding, "We talk about everything and anything."

A working mother of two to daughter Kirby and son Will Bumpus, Gayle gets a little help from godmother Oprah: A nanny! "She said, 'I want to pay the nanny's salary for as long as you feel you need her,'" King recalls in O. "She kept that nanny for like seven or eight years," Oprah says. "But what I love is that even as a working-outside-the-home mom, she was always there to put her kids to bed."

In September 2006, Oprah and Gayle take on the open road, traveling across 3,600 miles from Santa Barbara, Calif., to New York City for an epic road trip for Oprah. "I'd had enough by the second day," Oprah says of the experience of listening to Gayle sing along to every song on the car radio.

"There would not be an O without the commitment and the heart of the 'G,"' Oprah says of Gayle, who has served as editor-at-large of O, the Oprah Magazine since its April 2000 launch.

With Oprah's meteoric rise, Gayle becomes the Queen of Talk's perpetual plus one, attending A-list events like the 2009 Toronto Film Festival premiere of George Clooney's Up in the Air with Oprah. "I don't feel myself standing in her shadow. I really do see myself standing in her light," Gayle says in 2011. "I don't feel that it diminishes me in any way to be referred to as her best friend."

After denying (again) that she and Gayle are lesbians, Oprah offers a tearful tribute to her best friend during an interview with Barbara Walters in December 2010. "She is ... the mother I never had. She is ... the sister everybody would want. She is the friend that everybody deserves. I don't know a better person," Oprah says, adding, "It's making me cry because I'm thinking about ... how much ... I probably have never told her that."

In one of her final appearances on The Oprah Winfrey Show, Gayle (who has appeared on the show 140 times since 1986!) accompanies Oprah and 300 viewers on an eight-day trip to Australia. "I've been screaming a lot," Gayle says of their Down Under adventure, which caps off 25 seasons of Oprah.

As Oprah says farewell to her show – and embarks on her new venture with OWN: The Oprah Winfrey Network – she knows one thing for sure: She'll always have Gayle. "Gayle is more excited about my success than I am. It makes her genuinely happy," Oprah says of her best friend. "We've been friends since I was making $22,000 and she was making $12,000. We've made this journey together." 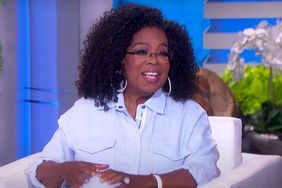 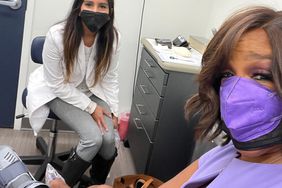 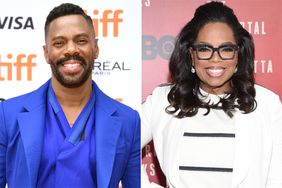