The British premiere of Oprah Winfrey’s “Beloved,” based on Toni Morrison’s Pulitzer Prize-winning novel, will benefit the human rights groups Anti-Slavery International, reports Britain’s Press Association. Set up last century to fight the trans-Atlantic slave trade, Anti-Slavery exists to highlight the continuation of this form of bondage. “Children trafficked for profit between countries in West Africa, whole families kept like cattle on agricultural estates in south Asia, the organized export of women into domestic slavery in Europe — this is the slavery of the 1990s,” a spokesman said. The premiere is being held on February 26 at the Ritzy Cinema, Brixton, in south London, near Anti-Slavery International’s HQ. 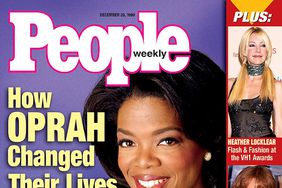