Eyebrows around the world were raised this weekend when London’s Sunday Times broke the news that John Lennon was a secret financial supporter of terrorist groups that included the Irish Republican Army and the Trotskyist Workers Revolution. But that’s all balderdash, claims the late Beatle’s widow, Yoko Ono — who disputes FBI claims that in 1971 Lennon, who was known to have opposed British rule in Northern Ireland, gave the IRA and two other groups $65,000 (the equivalent of $650,000 today). “My husband did not give money to the IRA,” Ono told reporters at an exhibition of her artwork in Spain on Monday. “My husband gave money . . . when it was asked (for) by people who were in need.”

Matt Higgins Collects Dollars for Irish Widows, He Says—but Does the Money Go for I.R.A. Guns? 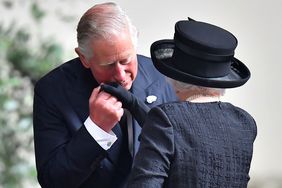