Olivier Martinez 'Is Very Upset' About Divorce from Halle Berry, Says Source, as He Steps Out Solo Without Ring

The ring is officially off.

Just one day after Olivier Martinez and estranged wife Halle Berry confirmed news of their split, the French actor was spotted leaving the Beverly Hills home they used to share Wednesday with his wedding band noticeably missing from his left hand.

The new sighting comes as a source tells PEOPLE Martinez, 49, is devastated his marriage is ending.

“Olivier is very upset about the divorce and this is not what he wanted. He and Halle just couldn’t get along,” says the source. “They are working out a visitation schedule for Maceo. Olivier wants to see his son as much as he possibly can.”

Martinez was in and out of the property within ten minutes on Wednesday, spending the brief visit barefoot before driving away in a vintage BMW, according to an observer. The quick stop comes the same week the duo filed dueling divorce papers – with both citing irreconcilable differences and listing their date of separation as Monday.

On Tuesday, the pair issued a joint statement confirming their split.

“We move forward with love and respect for one another and the shared focus of what is best for our son,” they announced.

The pair wed in July 2013, and three months later Berry gave birth to their son, now 2.

Sources told PEOPLE the couple’s fiery personalities – including Martinez’s "explosive temper" – led to frequent fights, and the pair lived apart for much of their marriage.

“Olivier comes from a world where he was easily intimidated by her ability to work and that she was the breadwinner. He was emasculated by her beauty and her power, and his temper could erupt,” a source recently told PEOPLE. “He was never physically abusive towards her. He was very possessive in a very kind of caveman way but was never abusive to her or the family.” 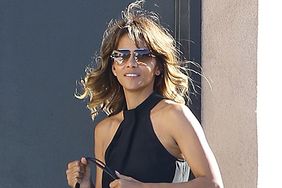 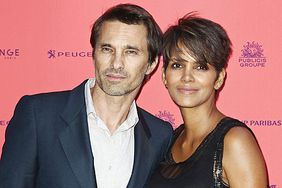 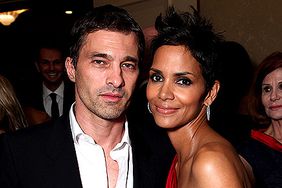