From enjoying a baby shower to lounging by the pool, see how the stars – Kendra Wilkinson! Joe Jonas! Bradley & Renée! – take a day off from the set and stage

By Brian Orloff
Trending Videos
01 of 10

Kendra Wilkinson takes a break from reality television to fulfill some personal cravings! The Girls Next Door star indulged in some pickles and pampering during a baby shower thrown by her costars Holly Madison and Bridget Marquardt at a private residence in L.A. recently.

Days after serving some stylish cocktails during a Fashion's Night Out event, Ashley and Mary-Kate Olsen hit the stands with Ashley's beau, Justin Bartha, to catch the Men's U.S. Open Championship match in Flushing, N.Y.

He may be on break from filming the Disney sequel, Camp Rock: The Final Jam, but Joe Jonas is still hard at work, getting his heart racing while jogging in Toronto recently.

Gossip Girl may have just revved up its third season – but Blake Lively and Penn Badgley aren't spending all their time on set! The lovey-dovey couple got kissy during a romantic lunch at Cafeteria in New York's Chelsea neighborhood recently.

CHILLING BY THE POOL

Mom-to-be Kourtney Kardashian is all about some luxurious RampR as she chills by the pool with boyfriend Scott Disick at Miami Beach's Fountainebleau Resort recently.

Talk about a full load! Days before launching the U.S. leg of her Funhouse tour in Seattle, Pink settles into a domestic routine with on-again hubby Carey Hart during a grocery run to a Whole Foods Market in Sherman Oaks, Calif.

The couple that sweats together . . . stays together! New couple Renée Zellweger and Bradley Cooper leave the set of their movie The A-Team behind for a joint workout in Vancouver last Saturday.

With various projects in development, Salma Hayek is content to play a role she knows well: doting mom! The actress enjoys a color-coordinated lunch at Taverna Tony in Malibu last Sunday with 23-month-old daughter Valentina, hubby François Henri-Pinault (not pictured) and some friends.

He's a triple threat! Mario Lopez leaves the set of Extra to run, swim and bike his way through the Nautica Malibu Triathlon recently.

Could she be doing research for her new gig? A black-clad Lindsay Lohan has a fashion week of her own, combing the racks at Kirna Zabete in New York's SoHo neighborhood with mom Dina (not pictured). 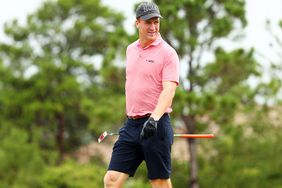 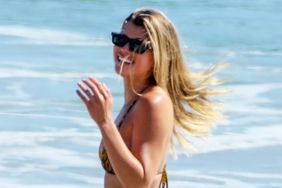 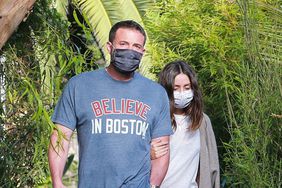 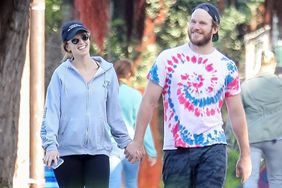 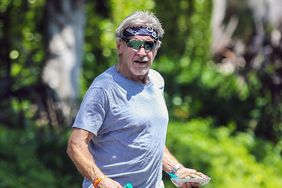 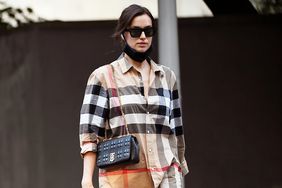