Manzo sees Albie as more age appropriate for Kim, but Christopher could make it happen, too

Kim Kardashian has admitted she’d be “down for some hookups” in New York this fall. Well, how about a trip to New Jersey to hang out with Caroline Manzo’s boys?

Manzo, 49, the Real Housewives of New Jersey matriarch, thinks it might not be a bad idea. Either of her two sons might be able to sweep Kardashian, 29, off her feet, she says.

“[Albie] is only 24, but you never know,” Manzo told PEOPLE on Wednesday at a season-finale party in New York for E!’s The Spin Crowd. “Christopher’s only 21, so that’s stretching it a little bit. They’re both good catches in my mind, so either one works.”

What makes them good catches? “They’re good boys,” Manzo says. “They’re hard workers, they’re honest. We taught them from a young age how to treat a lady, how to respect a woman, how to be a good father, husband, provider, friend.”

If it doesn’t work out, by bridge or by tunnel, with the Manzo boys, Caroline would be happy if Kardashian ended up dating any upstanding New Jersey boy. “I think that would be fabulous,” she says.

And Manzo, married for 25 years, offers this advice for Kardashian on looking for Mr. Right: “You just have to find the right one. Don’t go fishing in an onion patch – you’re not going to find a rose.” 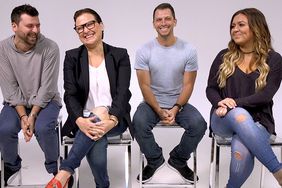 Who's Caroline Manzo's Most Stylish Son? The 'Manzo'd with Children' Star Gets Candid! 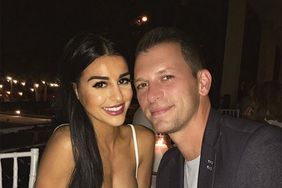 'When You Know, You Know': 'RHONJ' Alum Albie Manzo Hints That He's in Love 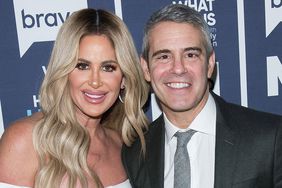 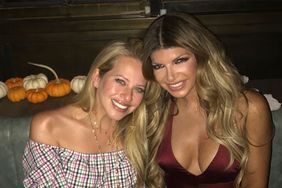