Kidman, who earns $17 million per movie, assumes the No. 1 spot once held by Roberts

Nicole Kidman can claim a new crown. The Hours Oscar winner is the new chart-topper on the fifth annual list of highest-paid women actors in the film industry, according to the Hollywood Reporter.

Kidman, who commanded a salary of nearly $17 million for her upcoming movie The Invasion (set for August 2007 release), rose from the No. 2 spot she previously held.

Julia Roberts, whose salary has reached $20 million a movie, was No. 1 for the first four years of the trade paper’s ranking. But she didn’t pop up on this year’s list at all – having taken a break from the screen to star in the Broadway drama Three Days of Rain and to care for her twins with husband Danny Moder, Hazel and Phinnaeus.

Assuming the No. 2 spot by commanding $15 million per movie is this year’s Walk the Line Best Actress Oscar winner Reese Witherspoon. 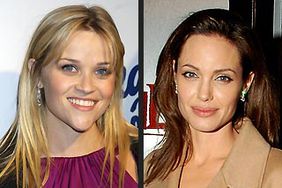 Less Fire Than Expected from 'Dragon'

'How to Lose a Guy' Finds Its Audience

'The Incredibles' Zooms Past 'Polar Express'