Nicole Kidman, Cate Blanchett Happy to Be Licked – on Stamps

Nicole Kidman, Russell Crowe, Cate Blanchett and Geoffrey Rush all have Oscars in common – and now each member of the Australian quartet can boast another distinction: They all appear on special edition 55-cent (about 35 cents U.S.) postage stamps in their native country.

She added that she is particularly delighted that her children will one day “lick a stamp, put it on an envelope and say, ‘That’s my mum.’ ”

Blanchett, 39, said the honor made her feel “utterly, deeply humbled I’m going to be licked by millions of Australians and I can’t wait.”

All except for Kidman, the honorees were onstage Down Under for the unveiling of the stamps, which show each star in two guises: in character for their Oscar-winning roles (Kidman for The Hours, Blanchett for The Aviator, Crowe for Gladiator and Rush for Shine) and as their glamorous selves.

At the ceremony, Crowe, 44, suggested that the tribute was for all of his fellow countrymen – “a celebration of us,” he said – while Rush, 57, noted that when he was growing up in the ’50s and ’60s, “the only person on a stamp was the Queen.” 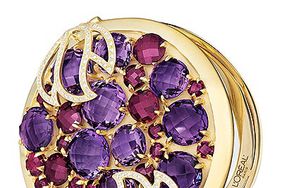 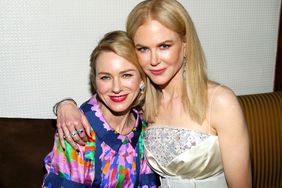