Nicole Kidman and her fianc , country music star Keith Urban, said on Monday they had returned to Australia to be married.

“We are very happy to be back in Australia. We have come home to celebrate our wedding with our family and friends,” the couple said in a statement issued by Kidman’s publicist in Sydney.

Australian television showed Kidman leaving a private jet in the early hours of Monday, but there was no sign of Urban.

Local media reported Kidman and Urban were tipped to tie the knot at a Catholic church near her family home in Sydney’s northern suburbs on the weekend.

Kidman’s mother and father arrived at her harborside home on Monday, smiling and saying they were happy to see their daughter, but refused to reveal any details of the marriage.

Tight security had been installed at Kidman’s Sydney home, with a camera placed on the front gate and security guards on the street, to prevent paparazzi taking photographs.

The couple ended months of speculation last month when they announced they were engaged. Kidman and Urban, both aged 38, were brought up in Australia.

Local media, along with the Catholic Church’s news Web site http://www.catholic.org, have speculated that Kidman and Urban will marry on Sunday, June 25.

“To be frank I do not know whether she has arrived. I knew she was coming,” said Sydney Jesuit Father Paul Coleman, a long-time friend of the Kidman family.

Asked by Reuters whether he would be performing the wedding and whether it would be this weekend, Coleman said: “Well at the moment I hope that will be OK. I have no details yet. I have to wait to be told. I am not allowed to say much.”

Coleman is chaplain at the Mary Mackillop Chapel in North Sydney, a small church near Sydney Harbor. Coleman said his chapel had not been booked for a wedding this weekend, but added that it may be too small depending on the number of guests.

The Kidman family lives a few suburbs north of the chapel, and the parish is where Nicole and her sister went to school.

In January, Kidman mentioned the chapel as a possible wedding venue, said the Catholic News Service, adding Kidman, accompanied by her parents, Anthony and Janelle, attended Good Friday and Easter Sunday services there this year.

Kidman, a goodwill ambassador for the United Nations Development Fund for Women, ended her 10-year marriage to Tom Cruise in 2001. The couple have two adopted children.

Kidman and Urban met in January 2005 at an awards dinner held by the Australian government in Los Angeles honoring the two of them.

Kidman, who won an Academy Award for her role in the 2002 film The Hours, was born in Hawaii but brought up in Australia.

Urban, a singer and guitarist, was born in New Zealand and grew up in Australia. He won a Grammy in 2006 for best male country vocal performance with the song “You’ll Think of Me.”

During her marriage to Cruise, Kidman was introduced to Scientology. But Father Coleman, who advised on Kidman’s marriage annulment, said the upcoming marriage to Urban showed that Scientology had not undermined her Catholic faith.

“For Nicole, you know this is a spiritual homecoming, coming back to the church and her faith in her old parish,” Coleman told Catholic News Service earlier this month.

The lack of a confirmation has not stopped a frenzy in the Australian media, with weekend newspapers reporting that guests had been sworn to secrecy and speculating on what kind of gown Kidman would wear.

The Sun-Herald newspaper said guests would go into a “lockdown” in a luxurious Sydney hotel from Friday. 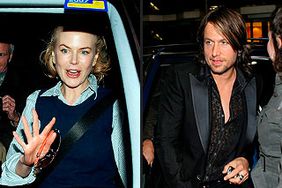