Nicky Hilton Launching Her Own Hotel

"I know a good hotel when I see one," the heiress tells PEOPLE

Nicky Hilton is getting into the hotel business, she told PEOPLE on Thursday.

“I’ve always wanted to do it,” says the lodging heiress, who plans to renovate two existing buildings to open the “Nicky O” on Miami’s famed Ocean Drive in November. “I’ve been around hotels my whole life, and I know a good hotel when I see one.”

Shortly after, her second Nicky O will open on Chicago’s historic Printer s Row. “Miami will definitely be a party destination, and Chicago will be a little more calm,” she says.

The 94-room boutique/condo accommodation will include entertainment news tickers in the elevators, a signature scent and rooms designed by friends – including a $5,000-a-night penthouse by clothing designer Roberto Cavalli.

Although Hilton, 22, comes from a family with an expertise in hotels, she isn’t partnering with the clan to fund her new project. “I’ll go to my family for advice, but they re not involved at all,” she says of her parents, brothers, and sister Paris.

Still, she is a Hilton: Borrowing a phrase from sister Paris, Nicky says of the Miami hotel’s lobby, which will include a giant chandelier at its center and lots of marble: “It’s just so beautiful – and hot.”

As for her private life, she says everything with her boyfriend, Entourage star Kevin Connolly, is “good” – but she’s focusing on her career right now, including shooting ads for her bag line and feverishly working to get the hotels ready to open. “This is my summer,” she says of her latest endeavor. 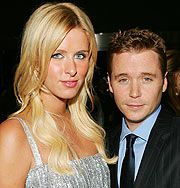 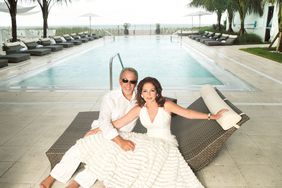 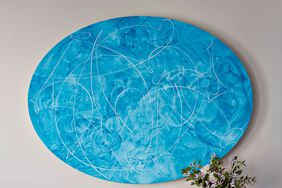 Usher Sings for His Supper 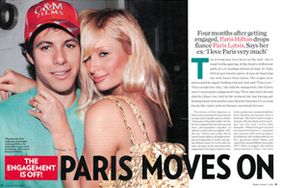 The Engagement Is Off!: Paris Moves on 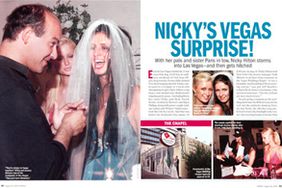