The England-based Rothschild, a European banking heir, proposed to Hilton, 30, on bended knee after making a secret trip to the U.S. to ask her parents for her hand in marriage.

“They are both very happy,” Hilton’s rep tells PEOPLE.

The couple, who began dating in 2011, were in the middle of a European trip to celebrate their anniversary when Rothschild popped the question.

On Wednesday, Hilton’s big sister, Paris, sent her best wishes to the bride-to-be, Tweeting: “Congratulations @NickyHilton on your engagement! I’m so happy for you! You will be the most beautiful bride!”

The fashion-savvy Nicky, who has her own clothing line and who has designed handbags and a jewelry collection, is keeping a busy schedule: Her first book, a personal-style guide titled Style 365, will be published on Sept. 2.

This will be the second marriage for Hilton, who wed Todd Meister in a quickie 2004 Las Vegas ceremony. That marriage was annulled after three months.

Nicky Hilton Shows Off Her (Giant) Engagement Ring on Instagram 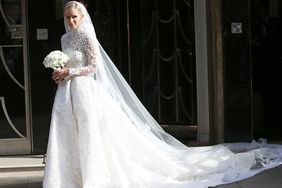 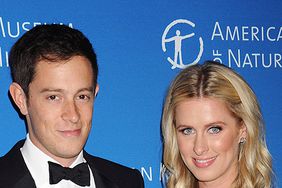