Plus: Clay Aiken's back, Grey's Anatomy returns, Megan Mullally debuts and more in the week ahead

Check out what’s left of Nick Lachey as he takes his act on the road on Wednesday. PEOPLE takes a look at the former Newlywed’s musical trek, plus other events to watch for in the coming week:

MONDAY, SEPT. 18: Ellen, Rosie, Oprah – move over. There are two new talk-show hosts in town. Food Network star Rachael Ray will try to strike gold again with her blend of fast-and-fun recipes and helpful household hints (syndicated, check your local listings). And Will & Grace star Megan Mullally will enter the fray with a variety-show-style take on the format – a little singing, a little dancing and visits from her celeb pals (also in syndication). Her first guest? Funnyman Will Ferrell.

TUESDAY, SEPT. 19: Clayheads, rejoice! Your man is back. The American Idol star returns with his third album, A Thousand Different Ways, his first recording in two years. Besides several new songs, Clay Aiken goes back to his roots, covering hits including Dolly Parton’s “Here You Come Again” and Bad English’s “When I See You Smile.”

WEDNESDAY, SEPT. 20: Nick Lachey is taking “What’s Left of Me” on the road. He’ll be pouring his heart out for fans as his 37-city solo tour kicks off in Albany, N.Y. “I’m in a great place,” he tells PEOPLE. “You never know where life is going to drop you. There’s always a better day coming up.”

FALL TV PREMIERES
Tyra Banks is on the hunt for her next fierce supermodel on America’s Next Top Model, now at a new home on The CW (Sept. 21, 8 p.m. ET)?. Dr. McDreamy (Patrick Dempsey) and the rest of his Grey’s Anatomy crew return (Sept. 21) with a new night and time (Thursdays at 9 p.m. ET). What won’t change? The interpersonal soap operas and medical melodramas ?. And over at Dunder Mifflin, the season opener of The Office will reveal what happens to Pam (Jenna Fischer) and Jim (John Krasinski) after sharing their first forbidden kiss (Sept. 21, 8:30 p.m. ET). 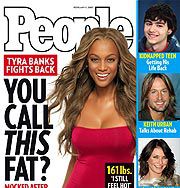 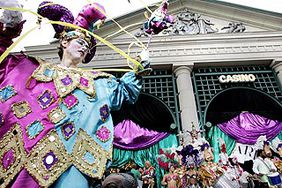