It’s true! According to a relative of the groom, Mariah Carey and Nick Cannon have indeed tied the knot. Linda Cannon, a family member of Nick’s, confirmed to E! News that the wedding happened. “He called and told us all about it,” said Linda.

There has been no official confirmation of the nuptials, but Latina magazine reported that after dating less than two months, the pair got hitched in an impromptu ceremony on an island.

Just last week, Carey attended the TriBeCa Film Festival premiere of her film Tennessee sporting a huge rock on her left ring finger – a $2.5 million, 17-carat diamond ring from Jacob & Co. jewelers. Sources say Cannon, 27, and Carey, 39, became involved after he appeared in the video for her song “Bye, Bye.”

This is the second marriage for Carey, who divorced music exec Tommy Mottola in 1998, and the second engagement for Cannon, who split from Victoria’s Secret model Selita Ebanks last year. (No stranger to quick decisions, Cannon proposed to Ebanks after less than four months of dating.)

“I’m not going to give you any details,” Cannon’s relative added, declining to confirm the New York Post‘s report that the nuptials took place at Carey’s private estate off the Caribbean island of Eleuthera. “If that is what he wants, then we are happy for him.” 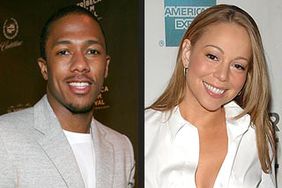 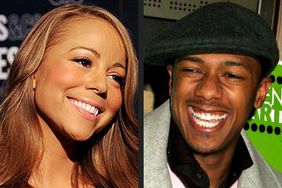