There will be no storybook ending for Nicholas Sparks and his wife Cathy – the woman who inspired so many of the best-selling author’s novels.

The king of the love story, who has penned 17 romantic novels – nine of which, including The Notebook, have been made into movies – is splitting from his wife of 25 years.

“Cathy and I have separated,” Sparks, 49, tells PEOPLE exclusively. “This is, of course, not a decision we’ve made lightly. We remain close friends with deep respect for each other and love for our children. For our children’s sake, we regard this as a private matter.”

The couple, who married in 1989 – seven years before The Notebook made the young Notre Dame business school grad a literary star – have three sons and twin daughters, ranging in age from 23 to 12.

Though he’s a master at telling love stories, Sparks has always been reluctant to offer real-world romantic advice.

“I don’t like to give marriage tips,” he told PEOPLE in 2003. “There are people who are probably much better at marriage than I am – they’ve lasted a lot longer. I could probably learn from them.”

He always spoke of Cathy, a former lending-company account executive, as his muse. In a PEOPLE interview two years ago, the North Carolina-based couple spoke of how they kept the fire burning in their marriage.

“The marriage relationship has to be primary – it’s one of the best things you can teach your children,” Nicholas said. “So we don’t feel guilty if we go for a walk, just the two of us.”

Added Cathy: “We try to go on vacations alone. You need to leave alone. You have to make the effort to leave, take the time. Just go and have fun alone. We do it a few times a year.”

Sparks, whose other novels include Message in a Bottle and The Wedding, also created the progressive Epiphany School with his wife through the Nicholas Sparks Foundation.

Writing Through the Pain

At Home with Nicholas Sparks: King of Hearts 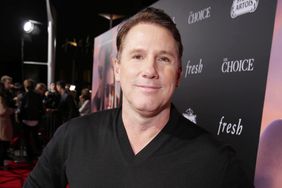 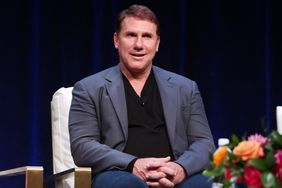 Brian Grazer Separates from His Wife 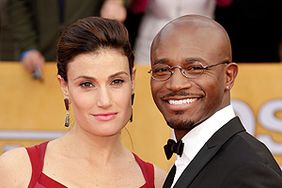 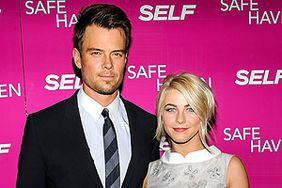