NFL Quarterback Cam Newton Gets His College Degree: I Promised My Mom I Would Finish

"My education was my mother's top priority," the Carolina Panthers player tells PEOPLE

The news broke on Monday morning.

Carolina Panthers quarterback Cam Newton was reportedly on the verge of signing a $100 million contract extension that would keep him in Charlotte for five more years. At 26, he was about to become an elite NFL quarterback. His name began to trend worldwide on Twitter.

Hours after the news broke, Newton gave an exclusive interview to PEOPLE – but he had more on his mind than his skyrocketing football career. Last month, he attained a less-visible – but more important – goal: the completion of his bachelor’s degree in sociology from Auburn University. Yes, the multimillionaire NFL quarterback spent the spring semester attending lectures and studying for exams.

So why would a man with a multimillion-dollar contract take the time to complete his degree?

“It wasn’t about money,” he tells PEOPLE. “I wanted to finish something I started. I value a lot of things in my life, including education. I now have a degree, and nobody can take that away from me. It was very important to me to become a college graduate – not for anyone else, but for myself.”

But if he’s being honest, Newton did have another important motivation. When he left college for the NFL, he promised his mother, Jackie, that he would eventually finish his degree. “Everyone else has always been worried about the football side of things, but not my mother,” he says. “My education was my mother’s top priority. I’ve been blessed to have a family that supports me. It’s a Biblical quote: iron sharpens iron. My mother has always been there to sharpen me.”

But attending classes at Auburn wasn’t always easy for Newton. His classmates would take photos and post them on social media. Wherever he went, a scene tended to follow. “I saw college in a very different way that I had not seen college before,” he says with a laugh. “So it wasn’t a normal college experience. But I was there for one reason – to get that degree.”

His Passion for Charity

Now that his studies are over, Newton tells PEOPLE that he’s focused on The Cam Newton Foundation, his charity that helps disadvantaged kids achieve their educational goals.

From football coaching to SAT prep, the Cam Newton Foundation looks for unique ways to benefit the children. “I want to give them opportunities that they might not have had otherwise,” says Newton.

“When I was growing up, my parents really influenced me,” he says. “But there are kids who don’t have that type of influence. They need someone who can create avenues for their dreams – whether they want to be a football player, a doctor or a veterinarian.”

The Foundation’s next event: the 2015 Kids Rock! Weekend, where celebrities will play in a kickball tournament to raise money for the charity. Among the celebrities who will attend the June 12-13 event: Gavin DeGraw and Bo Jackson.

“Everyone does a golf tournament,” says Newton. “But I’m not the best golf player. I wanted something that could be fun, that anyone could do, and that would stand out. It was either that or bowling.”

His Future in Football

For now, Newton is looking forward to a long future with the Panthers – and the attention that comes with his newly raised profile.

“I feel comfortable in Charlotte,” he tells PEOPLE. “It really is my home away from home; there’s no place I’d rather be. Things are going well. Our team is ascending to new heights that you would expect our franchise to be heading. There are a lot of team expectations, but I know we can reach them.”

“A lot of expectations come from being a quarterback,” he continues. “There are also expectations off the field. We have influence whether we want it or not. Both good and bad will eventually be exposed, so I am focusing on doing the right thing. I hope that I’ll be able to inspire people.” 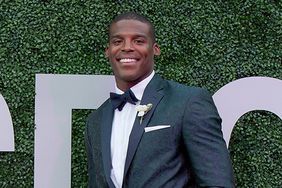 Behind the Scenes at Cam Newton's Charity Kickball Weekend – See the Exclusive Photos! 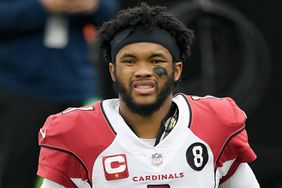 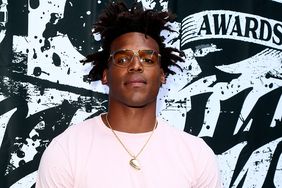 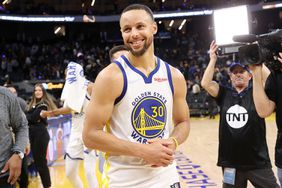 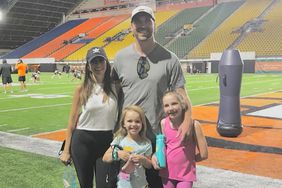 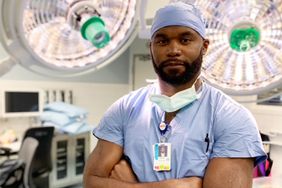 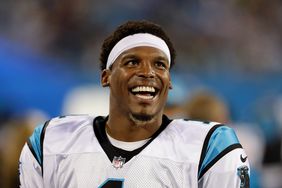 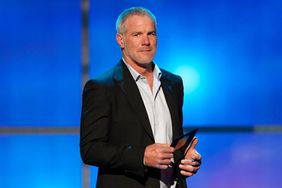 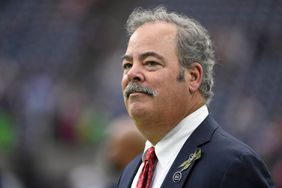 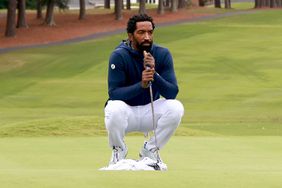