William Grimes was named restaurant critic of The New York Times over the weekend, replacing Ruth Reichl, who resigned in January to run Gourmet magazine. Grimes, 48, has been with The Times since 1989 and has had stints with its Sunday magazine and as a culture reporter. Since 1997 he has been a reporter for the Dining section, writing pieces about rabbit ragout, dress codes and the psychology of tipping. Sources say Grimes – who is known as Biff – was an early front runner and beat out several other candidates, including Michael Bauer, food editor of the San Francisco Chronicle, Tom Sietsema, former restaurant critic of the Seattle Post-Intelligencer, and S. Irene Virbila, restaurant critic of the Los Angeles Times.

For Women Who Serve

In the World According to the Zagats, Everyone's a Critic

Picks and Pans Review: Eat Your Way Across the Usa 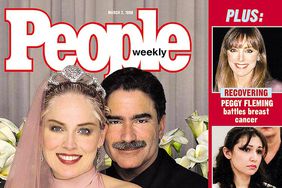 Having Trouble with Your Weight? Consider These 11 Who Eat for a Living