A deejay with a strange name but a familiar face is set to make his first United States appearance – on New Year’s Eve, no less.

Under the pseudonym YeezyWorldPeace, Kanye West is set to play the grand opening of 1 OAK Las Vegas Saturday night, PEOPLE has learned exclusively.

Black Eyed Peas’s Fergie is also scheduled to perform at the new Mirage Hotel nightclub, and her husband Josh Duhamel is expected to be by her side as the clock strikes 12:00.

West’s deejay appearance comes after campaigning via Twitter to kick off his spinning career. Reports indicate he showed off his turntable skills in London last week at a private party.

“I kinda wanna DJ somewhere this New Years,” he Tweeted earlier this week. “My New Years DJ name is gone be YEEZY WORLD PEACE! If you book me you have to put YEEZY WORLD PEACE on the E-vite. Or I ain’t spinning.” 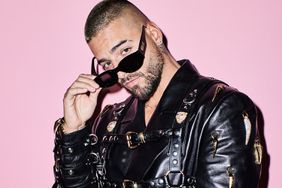