The actor, who is gay, says he's surprised at Isaiah Washington – but the show must go on

Neil Patrick Harris, who came out in November, said Thursday he was shocked to hear that Isaiah Washington had repeated a gay slur at the Golden Globes – but thought that those involved in the Grey’s Anatomy controversy have mostly dealt with the situation well.

“I was just sort of stunned that anyone would want to rehash any of that again. But I think the people, the classier people, handled it as they always do,” the How I Met Your Mother star told reporters at the Television Critics Association conference at the Ritz-Carlton in Pasadena, Calif.

Things happen behind the scenes on TV shows, but they don’t have to harm the finished product, said the 33-year-old actor.

“Everyone’s grown up, and the most important thing is that we’re contracted to work and have jobs,” he said. “So the personal stuff, the personality conflicts and the fist-fights on-set, although they are interesting water-cooler talk, they don’t really affect the way you watch every episode of that show.”

Washington has been under fire for using a slur to refer to gay costar T.R. Knight on-set in October, and then repeating the word at the Globes on Monday night. On Thursday he apologized for his behavior. The earlier incident prompted Knight to come out.

Meanwhile, John Mayer has also weighed in on the controversy on his blog, saying he suggests as that Washington should be forced to play a gay man on Grey’s as punishment for his derogatory comments.

“What better way for an actor to get to the roots of his discrimination than by portraying the very the subject of his own ire for the remainder of his contract?” writes Mayer.

Also at the press conference Thursday Harris, who made his name on the 1980s show Doogie Howser, M.D. spoke about his exclusive announcement to PEOPLE in November that he is gay – the reasons for it and the reactions to it.

“It’s been a bit of a non-story to be honest,” he said. “The one thing I didn’t want was to have to make a statement in retaliation or in response to some quasi-scandalous event, because you never want to be defensive. And so I felt that there was this sort of kindling burning underneath, and a story was being searched for, and I just never wanted to live my life in a way where I was backdooring and cowering and trying to, like, avoid. And so I think the statement that I made sort of quieted the speculation.”

And the public’s reaction? Harris says – happily – that it’s been no big deal. “It was either people were like, ‘Yeah, I heard that’ or ‘Oh, really … interesting,’ ” he says. “And I think that speaks well to our society today.” 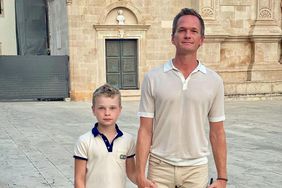 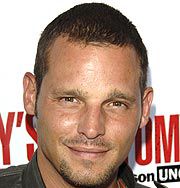 Neil Patrick Harris: 'Witch-Hunt' About Me Being Gay