As she deals with rumors that she was fired from Glee, is Naya Rivera‘s future as a recording artist up in the air, too?

Billboard reported Thursday that the actress-singer, 27, has been dropped by Columbia Records after signing with the label in 2011 but failing to release a full-length album.

Rivera’s rep, who earlier this week denied that Rivera was fired from Glee, said in a new statement that the Columbia story is false as well.

“Any rumors or statements made as fact, that Naya Rivera was fired or let go from Glee or dropped from her recording contract, are categorically false,” the rep said. “Someone obviously has an agenda to damage Naya’s good name and the media are failing at their duty to responsibly vet their sources and verify what is true and what is not.”

The rep added: “Naya’s attorneys are prepared to take any and all legal action to enforce and protect her rights.”

Columbia Records has not yet commented.

It has been a rough spring for Rivera, whose engagement to Big Sean also ended.

Was Naya Rivera Fired from Glee Amid Rumors of Bad Behavior?
Related Articles 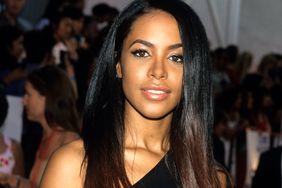