Natasha Bedingfield: 'I Could Never Be a Size Zero'

With her blonde hair, blue eyes and athletic physique draped in the Stars and Stripes for a photo shoot, Brit singer Natasha Bedingfield could pass for perfect all-American girl.

And, as she champions curvy women, she vows she will never be a stick thin.

“Girls want to be t–s on sticks, but I’ve now found out that men really like big bums,” the size-six singer, 26, using the British colloquial for bottoms, tells the U.K.’s News Of the World‘s Fabulous magazine. “I could never be a size zero. In fact, I don’t think skinny women would be much fun in bed.”

One man in particular who likes what he sees is Bedingfield’s boyfriend Matt Robinson, 31. “It’s great, the way he sees me. I’ll say: Does my bum look big in this?’ and he’ll go: ‘Phwoar, yes!’ and I’m like: ‘Oh, OK …’ That completely changed my thinking about my body.”

And when the singer – who’s currently promoting her second album, Pocketful of Sunshine – can’t be sexy in person, she and Robinson talk via webcam or put pen to paper in order to keep their long-distance relationship alive. “Sometimes when we write, it can get quite sexy,” she says.

Still, a buff body takes work. She credits her small waist and flat stomach to good genes, but she keeps the rest of herself in shape by sticking to the Zone Diet and a rigorous workout regime.

“I try to exercise every day,” she says. “I use a Swiss Ball, with lots of lunges and sit-ups. I workout for an hour with Jamie [Milms, trainer to the stars].”

And, ahead: “Pink is going to teach me acrobatics. She opened the Justin Timberlake tour a few months before I did and performed these amazing moves with silk scarves. She promised she d show me how to do it.” 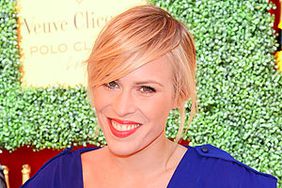 Natasha Bedingfield Prefers Having Curves to Starving Herself 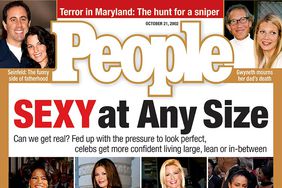 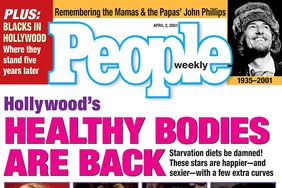 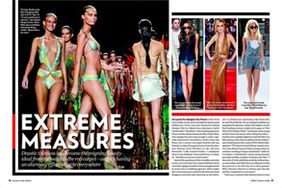 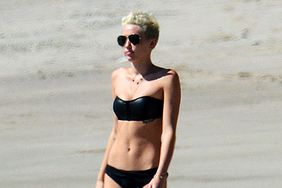