Now, she’s singing a new tune – and PEOPLE.com has your exclusive first listen.

Actually, the song isn’t so new: It’s a cover of the Beach Boys’s classic “God Only Knows” – recorded by Maines, 36, for the series finale of HBO’s Big Love, set to air March 20.

The song will also be available for sale on iTunes on March 15.

Listen to the track here:
While Maines has no plans to record a solo album, or another project like her Dixie Chicks bandmates Martie Maguire and Emily Robison, who formed the Court Yard Hounds, the track spotlights her expressive voice over an airy arrangement featuring a drizzle of keyboard and bleating organs.

She recorded it with producer Rick Rubin in Malibu, Calif., in the end of January, and it features drumming by Chad Smith of the Red Hot Chili Peppers. 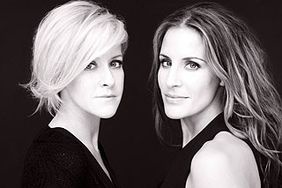 The Dixie Chicks Chirp as a Duo