The singer and Silverchair frontman had been married for 4 years

“While we are very sad that our marriage has ended, we want to make it clear that our parting is amicable and we remain friends,” the statement read, noting that the decision has not been made “lightly or quickly.”

The “Torn” singer, 32, and Silverchair frontman, 28, had been together since 1999. The split comes just days after their fourth anniversary: They wed on New Year’s Eve in 2003 at the Thala Beach Lodge, an exclusive resort on Australia’s northeastern coast. (According to media reports, guests included singer Kylie Minogue, actor Guy Pearce and Virgin mogul Richard Branson.)

However, their work commitments often kept them apart, with Imbruglia based in London while Johns toured frequently in Australia and North America.

“Our career demands and our lives in different parts of the world have brought us to the point where unfortunately this difficult decision was necessary,” they said in the statement. “We have simply grown apart.”

The two musicians – tabloid darlings in their native Australia – also vowed that their breakup would not play out in the media. “We will not be making any further public statements whatsoever in regard to this very private matter,” the statement read. “[We] politely ask that people respect our sincere wishes in this regard.” 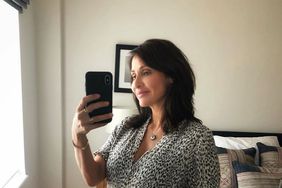