The supermodel blames "tiredness, lack of sleep" for causing her to wallop her housekeeper with a cell phone

Naomi Campbell, known for her hot temper, has admitted she feels “a deep sense of shame” about hitting her housekeeper with a cell phone last year.

“I felt very remorseful for having thrown the phone at someone that didn’t deserve it. I have a deep sense of shame for the things I’ve done,” said the supermodel, speaking to Extra in an interview that aired Tuesday.

Campbell pleaded guilty to misdemeanor assault last month for whacking her maid, Ana Scolavino, in the back of the head last March. Scolavino was treated for a head injury. When asked what prompted the attack – which came after an argument over a pair of missing jeans – Campbell said, “tiredness, lack of sleep (and) just so many things. I was being really destructive to myself… I didn’t know how to reach out. It was a really scary time.”

To get better, “I do therapy every day,” said Campbell, who is also a believer in the healing powers of crystals. “I think they bring great energy. … You should see how many I travel with.”

The admission is somewhat of a turnaround from her court appearance last month when she said, “I threw a cell phone in the apartment. The cell phone hit Ana. This was an accident because I did not intend to hit her.” Campbell was sentenced to five days of community service and two days of anger management.

At least three other former employees have claimed that the supermodel has attacked them – in several cases with phones – and in October she was arrested in London for allegedly assaulting her drug counselor.

Asked by PEOPLE recently about the numerous incidents, Campbell replied, “I take responsibility for anything I do, but I’m pretty much okay with myself.” 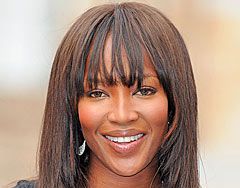 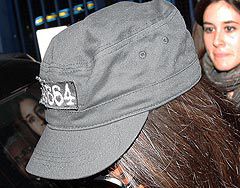