Before her link to New York Gov. Eliot Spitzer, Ashley Alexandra Dupré was a 22-year-old New Jersey girl with a MySpace page and a pop-music dream.

And now, her music is getting plenty of exposure – though presumably not in a way she would have preferred.

Dupré’s MySpace page had more than 5 million profile views – and growing – as of Thursday. There’s been inflation, too, on her artist’s page on the music site Amie Street.

Before the scandal, her single “What We Want” could be procured for 16 cents. By Thursday it was up to 98 cents – and a second single, also selling for 98 cents, had been added by Dupré: “Move ya Body,” an Amie Street rep tells PEOPLE.

On her MySpace page, she says her first love is music – and lists Patsy Cline, Frank Sinatra, Christina Aguilera and Lauryn Hill among her influences.

“I am all about my music and my music is all about me,” she wrote on her profile. “It flows from what I’ve been through, what I’ve seen and how I feel.” 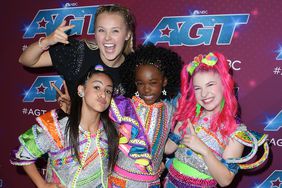