In the battle of the boy bands, the winner is . . . ‘N Sync, despite strong competition from the Backstreet Boys. The Boys’s new album, “Black and Blue,” sold an impressive 1.6 million copies in its debut week, but that was still well short of the first-week sales record last March of 2.4 million for ‘N Sync’s “No Strings Attached.” Jive Records, which handles both groups, had shipped more than six million copies of “Black and Blue” to stores in anticipation of record-breaking sales, reports the Wall Street Journal. But the Boys failed to make the record books, notes the paper, despite huge hype, the holiday season timing of the release and a price war among some record retailers. Their album, which was released on Nov. 21, did finish as the week’s bestseller and had the third-largest debut in music history. 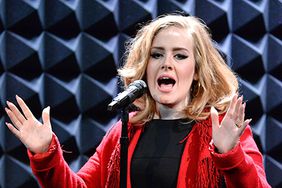