Murphy Brown actor Pat Corley, who played Phil the barkeep on the 1988-96 sitcom with Candice Bergen, died of congestive heart failure Sept. 11 at Cedars-Sinai Medical Center in Los Angeles, his son, Jerry Corley, tells the Associated Press. He was 76.

In his five decades as an actor, Corley appeared in films including Coming Home, True Confessions and Against All Odds. Besides his role on Murphy Brown, he also played a baseball team owner on The Bay City Blues and coroner Wally Nydorf on Hill Street Blues.

Sill, the sage Phil the barkeep was his favorite role, his son Jerry said. “It was meaty. He got to really do work, and on television it’s usually just small pieces. (Once) Laurence Olivier called him up and said, ‘That’s the finest television acting I have ever witnessed.’ My dad’s not starstruck, but he was, ‘Oh, man.’ ”

Besides Jerry, and actor and comedian, Corley is survived by son Kevin, daughters Troy Corley and Christina Pratt and 12 grandchildren. His wife, actress Iris Corley (whom he met when they were both in summer-stock theater), died a year ago and a daughter, Michelle, died about 10 years ago at age 29, according to Jerry Corley.

A memorial service is set for Saturday in Northridge, Calif. 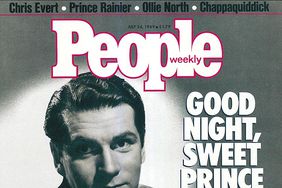