Hoisting a Moonman, the fruit-bearing singer is ready to belt it out from a rooftop garden like the Sharks' queen bee, Anita. Perry's video, "Hot N Cold," is up for best female video at the MTV Video Music Awards, which airs live Sept. 13.

Channeling sweet West Side Story heroine Maria, the country star – whose clip for "You Belong with Me" will battle Perry's for best female video – gets hands-on during her VMA shoot. Swift will also perform at the ceremony.

When you're a Jet, you're a Jet all the way ... and you also make "Good Girls Go Bad"! The members of Cobra Starship – who are up for best pop video – are seeing green at their VMA shoot.

The presenter and best male video nominee (for "Miss Independent") holds out the coveted Moonman award – a nod to the channel's first logo, which showed the 1969 moon landing. 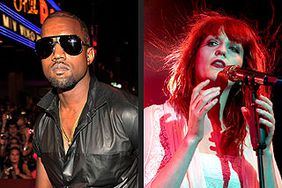 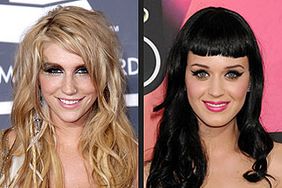 Eminem Ticked Off by Timing of VMAs 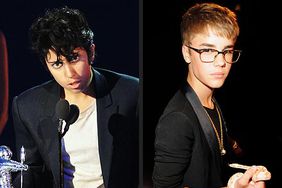 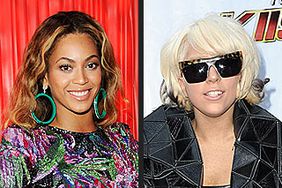