A former Mickey Mouse Club Mouseketeer lost her bid to delay a two-year federal prison sentence while she appeals her conviction for using bad checks to buy investments. Darlene Gillespie, 57, was ordered to surrender July 26. She had asked federal judge Lourdes G. Baird to delay prison pending appeal, but the motion was denied without explanation. She was convicted of helping her then-boyfriend Jerry Fraschilla in an illegal scheme to buy stock valued at $827,000 in 1992 and 1993 by writing checks on closed and overdrawn accounts. Fraschilla, 61, was sentenced to 18 months in prison.

Contempt of Court or Academic Freedom? The Question Sends a Stubborn Georgia Professor to Jail 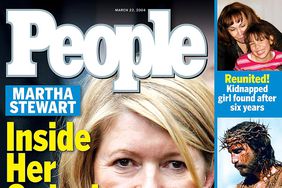 Where the Bucks Stopped