Mother Teresa, the Albanian-born nun who dedicated her life to working with the poor in India, was named a saint on Sunday by Pope Francis.

According to the Los Angeles Times, a crowd of 120,000 gathered in St. Peter’s Square in Vatican City to celebrate the canonization of Saint Teresa of Kolkata, as she will now be known.

Pope Francis lauded the Nobel Peace Prize winner as “a generous dispenser of divine mercy” in his homily.

“She bowed down before those who were spent, left to die on the side of the road, seeing in them their God-given dignity. She made her voice heard before the powers of this world, so that they might recognize their guilt for the crime of poverty they created,” he said in Latin.

The pontiff continued that the womea who he expected would continue to be known as Mother Teresa set an example to volunteers around the world. “May she be your model of holiness,” he said.

The L.A. Times reports the enormous crowd included Queen Sofia of Spain, hundreds of nuns from the sisterhood started by Saint Teresa, Missionaries of Charity, their trademark blue-trimmed saris and 1,500 homeless who were treated to a pizza lunch at the Vatican after the ceremony.

Related Video: Mother Teresa To Be Named a Saint in the Roman Catholic Church

Just 19 years after her death at age 87, the canonization took place unusually quick.

The case for canonization is usually initiated five years after the candidate’s death, but Pope John Paul II waived this rule for Mother Teresa.

In December, a second miracle was attributed to the new saint, making her eligible for sainthood.

According to the Associated Press, the mysterious recovery in late 2008 of a Brazilian man who was suffering from a brain infection that resulted in several abscesses was attributed to Mother Teresa. The man was in a coma and dying but, when he was scheduled to undergo surgery, suddenly sat up without pain and was soon declared symptom-free. His wife had prayed to Mother Teresa for his healing and was at her parish church praying alongside her pastor when he unexpectedly awoke.

In order to become a Catholic saint, one must perform two miracles. Saint Teresa’s first miracle was approved in 2003, after she was said to have healed an Indian woman’s tumor through divine intervention. 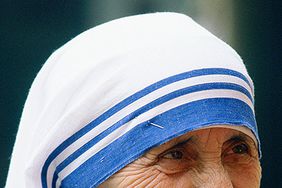 Save the Date: Mother Teresa Will Officially Become a Saint in September 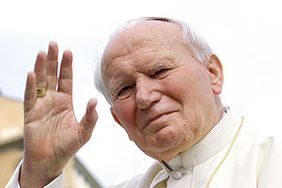 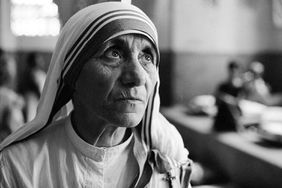 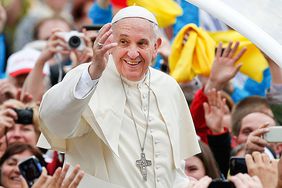 For the Wretched Poor of Calcutta, Mother Teresa Is Revered as the Sidewalk Saint 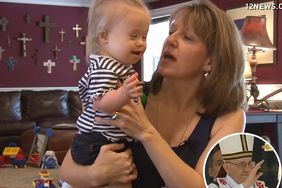 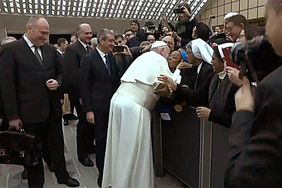