In the never-ending wake of ABC’s tremendous success with “Who Wants to Be a Millionaire,” NBC now joins Fox TV and CBS in fashioning its own primetime big-ticket quiz show. The Peacock Network has ordered four hour-long episodes of the 1950s TV evergreen “Twenty-One,” this time with Maury Povich as host. (Jack Barry hosted the 1956-58 original, which ultimately served as the focus of a Congressional investigation when it was discovered that the show was rigged, with favoring contestants prepped with answers.) The newly resurrected “Twenty-One,” which is guaranteed to be honest, will air over the course of two weeks, starting Sunday, Jan. 9, at 8 p.m. The remaining episodes will air Jan. 12, 16 and 19 at 8 p.m. NBC reportedly has an option to proceed quickly with more episodes if the ratings warrant them. Meanwhile, ABC is bringing back “Millionaire” in January, CBS is readying a remake of “The $64,000 Question” and Fox has “Greed” as well as an upcoming two-hour special: “Who Wants to Marry a Multi-Millionaire?” (At least Fox got the punctuation right.) 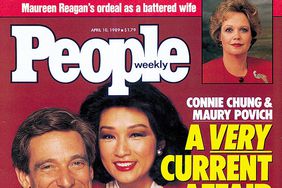