The actress has been missing since Oct. 5

Actress Misty Upham’s father has spoken out regarding the circumstances surrounding her disappearance.

The actress, who played a housekeeper in August: Osage County, has been missing since Oct. 6.

“”The truth is Misty is not stressed over money or career. Her career is going great,” wrote Upham’s father Charles in a press release posted to the actress’s Facebook page Sunday. “As her father I do not fear she committed suicide. I feel that she has been hurt by accident or someone has put her in harm’s way.”

“Misty has suffered from mental illness most of her life. With the help of her medical team and family support she is able to manage it well,” but a recent move to Washington to help him recover from a stroke and a change in her medication left her struggling with depression and panic attacks, her father wrote.

Upham was last seen leaving her Auburn, Washington, apartment on Oct. 5. Her father filed a missing persons report, but police are not actively searching for her, as she does not fit the criteria for a “missing and endangered person,” Commander Steve Stocker told PEOPLE on Oct. 11.

“As far as the information we have, she took some things with her, she has a bus pass and even access to some money, and [the case] has been assigned to a detective, but we aren’t putting resources [to look for her],” said Stocker.

He added that police have responded to Upham’s apartment four times for suicide calls in the past year alone and that this is not the first time the actress has left home.

“I didn’t appreciate the press release from Auburn PD that she simply packed a bag and left,” Upham’s father also said in his Facebook statement. “Now they have the general public thinking that Misty just decided to leave home for awhile.

“Misty left in a psychotic state of mind with the clothes she had on and her shoulder bag. All of her clothes and other belongings are still here.

“This is the first time in 32 years we have lost contact with her and she stopped contact with everyone. This raises a serious red flag for me but apparently law enforcement officials disagree,” he wrote.

Her family and friends have been searching for her. “Misty, if you can see this message, we love you and your family will continue to search for you until you are found,” her father wrote. “Come home please.” 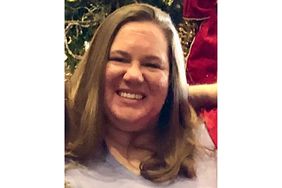 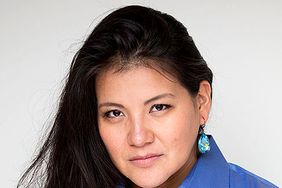