The Miss Universe Organization condemned Karlie Hay's alleged tweets, but vowed to stand by the teen

This year’s Miss Teen USA will keep her crown after coming under fire for using the N-word in a series of tweets, officials have announced.

Shortly after Karlie Hay, from Texas, was crowned Miss Teen USA 2016 in Las Vegas on Saturday, tweets containing the racial slur surfaced from an account belonging to the 18-year-old.

A screenshot of four tweets from 2013 appeared to show Hay using the N-word. The photo has made its way around the Internet, with many social media users called for Hay to lose her crown.

The Miss Universe Organization, which owns the teen pageant, condemned the tweets but said Hay would keep her crown and the organization would support “her continued growth.”

“The language Karlie Hay used is unacceptable at any age and in no way reflects the values of the Miss Universe Organization,” officials said in a statement obtained by KTRK.

The Miss USA Pageant was recently acquired by WME/IMG after the company cut a deal with the pageant’s co-owner Donald Trump last year, Variety reports.

In an Instagram post, Hay implied that the racist language was a result of her “personal struggles.”

“I admit that I have used language publicly in the past which I am not proud of and that there is no excuse for,” Hay captioned a group photo of herself with the other Miss Teen USA contestants.

“Through hard work, education and thanks in large part to the sisterhood that I have come to know through pageants, I am proud to say that I am today a better person.”

Hay’s scandal isn’t the only controversy surrounding the teen competition.

Social media users criticized the organization after the top five finalists were introduced at the Venetian in Las Vegas were all white.

“Wow how can we choose from such a diverse bunch,” Chrissy Teigen wrote of the finalists in a tweet.

In a follow-up tweet, the model wrote: “It’s fiiiiiine. Not their fault. I’m sure they are delightful women. Just funny. I’m not gonna write a think-piece on a damn pageant.”

The controversy comes just one month after the teen pageant drew praise for discontinuing its swimwear segment.

“This decision reflects an important cultural shift we’re all celebrating that empowers women who lead active, purposeful lives and encourage those in their communities to do the same,” Miss Universe president Paula Shugart told USA Today.

“Our hope is that this decision will help all of Miss Teen USA’s fans recognize these young women for the strong, inspiring individuals they are.” 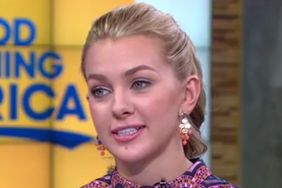 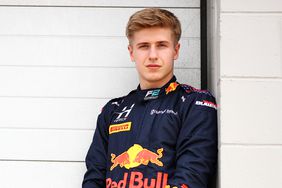 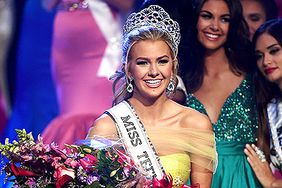 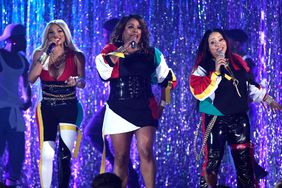 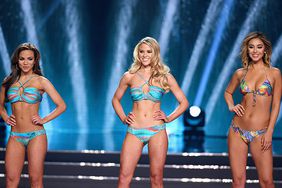