BORN: Former Miss America Heather French Henry, 26, the wife of Kentucky Lt. Gov. Steve Henry, gave birth on Friday to daughter Harper Renee Henry. She is the couple’s first child. Her name was taken from the maiden name of her paternal grandmother, Wanda Harper Henry, and her mother’s middle name, Renee. Harper weighed 8 pounds, 10 ounces . . . HOSPITALIZED: Daredevil Bubba Blackwell was upgraded from critical to serious condition, after a July 4 stunt in which he was trying to jump a record 22 cars went wrong. He crashed into the landing ramp and went flying from his bike before a crowd of 25,000. As of Friday, Blackwell was no longer on life-support and could move his fingers and toes, said a spokeswoman for Scripps Memorial Hospital in La Jolla, Calif. . . Eunice Kennedy Shriver, 79, sister of the late President John F. Kennedy, was in good condition on Friday, a day after breaking her leg in a car accident in Cape Cod, Mass., officials said. She is said to be resting comfortably . . . DIED: Sheriff Harold Ray Presley, 52, who was a cousin of Elvis Presley, was killed in a shootout in Tupelo, Miss. (Elvis’s birthplace). The incident occurred early Friday and also left a suspect dead. Harold’s father was the brother of Elvis’s grandfather, making the lawman and the King first cousins once removed. Elvis died in 1977 at the age of 42. 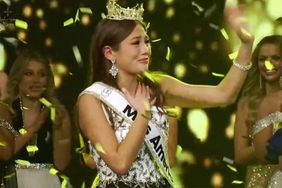