The country star, down three sizes since 2005, reveals her secrets for staying fit

Miranda Lambert admits it: “Maintaining a healthy weight has always been a struggle.” In 2005, when opening for country stars like Keith Urban, she found herself eating at the Waffle House every night. “I gained a lot of weight really quickly!” she groans.

Panicked, she started working out with personal trainer Tony Boykin. The result? The 5’4″ Lambert, 23, has gone from a size 10 to a size 4, thanks to lots of lunges and salads.

While preparing for last month’s Academy of Country Music Awards (she won for top new female vocalist) and her upcoming tour with Toby Keith (kicking off June 1), Lambert kept a body diary that reveals how she (mostly!) sticks to healthy habits even when out on the road.

April 26: Today we’re playing in San Angelo, Texas. The toughest part about being on the road is maintaining my diet when catering changes every day. We had a fajita buffet for lunch, so I made the best of it and turned it into a chicken taco salad.

April 28: I hate working out. Today Tony and I did “leg” day. Ugh! I ran stairs for about 30 minutes, then went into the weight room. We did four sets of 20 lunges, which I hate more than anything. I don’t know how I manage to stand and play a show after doing leg day, but I’ve only fallen once.

April 29: I didn’t work out today because I got into [Nashville] late. I did maintain my diet though. I had an Asian Chicken Salad from P.F. Chang’s. It’s a lot easier to find something to eat in a big city than in the middle of nowhere when you’re playing some fair (not that I don’t love doing those!).

May 1: Today was my album-release day for Crazy Ex-Girlfriend. It was a whirlwind of interviews! And because I’ve got ridiculously early call times for all my TV appearances, Tony and I have to move our normal morning routine – we’re working out before bedtime. Tonight, I did cardio for 30 minutes on the StairMaster. I’m not ever going to be the skinny girl, so my main goals need to be about tone.

They have a bunch of weight machines in the workout room at the hotel, so I did what seemed like an endless number of pull downs, curls and kickouts. My arms are always shaking when I finish doing that many reps. On Saturday, I have to go sign autographs and I may not be able to use my arms! I [just] saw all my guys eating pizza across the street. It was hard, but I fought off the urge to join them for a slice. I used to eat fried anything, sweets, pizza and cheeseburgers. Now when I eat something bad, I feel it.

May 4: After breakfast I went to the workout room and did cardio and weight machines. I’m such a good girl – Tony’s not even here and I’m still working out! It’s not about being thin. It’s about feeling good onstage. There have been times when I wonder if there’s fat hanging out on my side and I don’t want to have to think about that.

May 12: After waking up, Tony and I jumped off the bus and went running around the MGM Grand hotel [here in Las Vegas]. After about 45 minutes, we moved on to weights for about half an hour. Last year we spent two months working out as hard as we could just for the ACM Awards. With my schedule, I doubt I’ll get much more workout time in. [But] I have been doing lower carbs, just for the awards.

May 15: I’m on my way home to Texas for a few days. Oh yeah, I just won the ACM award for best new female vocalist!!! I might actually splurge and go eat something I shouldn’t to celebrate. Tony’s okay with me doing it as long as I’m not really overdoing it – so no two pieces of chocolate pie!

How She Stays Fit 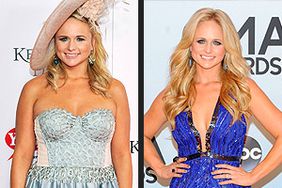 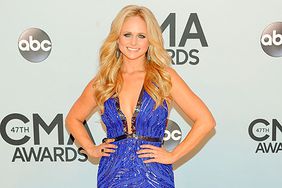 Kaitlin Doubleday's Food Diary: What I Eat In a Day 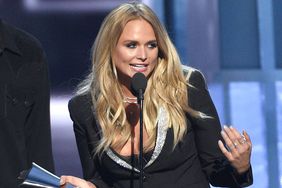 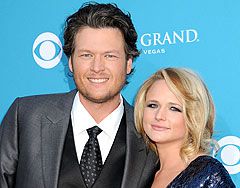 Miranda Lambert Says Blake Shelton Loves Her at Any Size 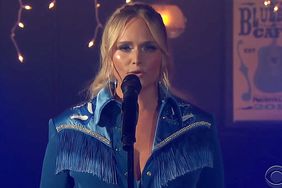 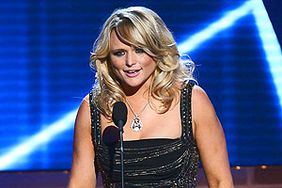 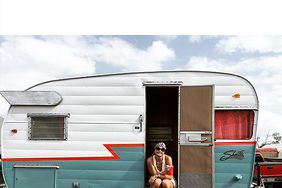 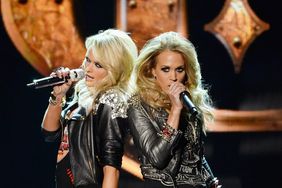