SHE'S GIVEN UP PARTYING

"Miley is a changed person, and she actually seems to enjoy it," a source close to Cyrus told PEOPLE exclusively. After reuniting with on-again fiancé Hemsworth earlier this year, "It seemed she was just making changes to please him," said the source. But now, Cyrus seems "very happy" living a more low-key life. "Miley is doing yoga and seems very healthy," added the source. "She rarely parties and is taking better care of herself." According to the source, the two are living in adjacent homes in Malibu and can spend time together when they want. "With Liam back in her life, she seems to enjoy it much more," the source said.

AND SHE'S TIGHT WITH HIS FAMILY

Hemsworth's sister-in-law, Elsa Pataky (who is married to Chris Hemsworth), has posted a few photos in recent months with Cyrus in them. She captioned this shot, "True friends are never apart, maybe in distance but never in heart!" The women also got matching tattoos, and Cyrus was spotted having lunch with Hemsworth and his parents.

THE ENGAGEMENT RING IS BACK ON

Sure, Liam might have told Australia's TV Week that "I am not engaged, no," back in April, but Miley's 3.5-carat engagement ring has been pretty much a constant fixture on her hand. Additionally, a source close to Cyrus told PEOPLE, "Miley is beyond happy to be engaged to Liam again. It might seem sudden, but they have been very close for the past few months … They just wanted to keep their relationship out of the spotlight while they figured things out," said the source. "Liam never liked how exposed his life was with Miley." This time around, Cyrus is "making changes for their relationship to work," continued the source. "They both seem much more mature." Added the source: "Miley wants to get married. His family was very hesitant about a marriage in the past, but they really got to know Miley better when she spent time in Australia a few weeks ago. Everyone seems excited that they are back together."

BUT THEY'RE TAKING THEIR TIME

Cyrus is already "fantasizing about their wedding," a source close to her told PEOPLE. "They don't have a date," the source said. "They are moving surprisingly slowly. Miley seems to have matured a lot. In the past, she tended to rush things. She acts much more calm and happy now."

THEY STARTED OUT LOW-KEY ...

Hemsworth was staying with Cyrus at her Hidden Hills home while filming Independence Day: Resurgence, and they would spend time together during his time off, a source told PEOPLE in February. The source said that "Miley has been surprisingly low-key," and that it "seems like she is trying to make sure Liam is happy." As for why they weren't rushing to step out in public, "Liam doesn't like the paparazzi chaos," the insider explained. But now, Cyrus is "toning things down and acting more normal," said the source. "She even stopped hanging out with friends that are too wild. She is very focused on making things work with Liam."

... BUT NOW THEY'RE STEPPING OUT TOGETHER

The two made their first public appearance together since reconciling when they joined the actor's family for lunch in Los Angeles in April. Soon after, they attended the premiere of The Huntsman: Winter's War (Chris Hemsworth starred). The couple skipped the red carpet, but made their relationship status clear as they snuck into the theater after the lights went down, then emerged at the end of the movie holding hands. Since then, we've seen them out and about pretty often (and have the feels every time, obviously).

AND THEY'RE KEEPING FANS UPDATED ON SOCIAL MEDIA

While they kept things mum at first, the two eventually started sharing their love on social media. Cyrus captioned a sweet shot of Hemsworth cuddling with his dog, "So much love in one pic." Hemsworth uploaded a lovely shot of a pig – with Cyrus clearly in the background. "Just another day at the office," he wrote.

"For the past few weeks, they have lived a very secluded life," a Cyrus source told PEOPLE in March. "When they are not working, they rarely leave home. They often have people over for dinner, and Miley has gone from a wild child to a housewife." Though the two butted heads over Cyrus' wild behavior way back when, she "is doing everything to please and make Liam happy" since the pair reunited, according to the insider. In the first phase of their relationship, "Liam couldn't handle when Miley acted nutty," said the source. "Miley's problem was that she thought Liam was boring when he complained."

SHE'S WEARING HER HEART ON HER SLEEVE ...

Well, technically, she's declaring her love on her arm, which is where she got a tiny tattoo of a jar of Vegemite. (The vegan-friendly Australian spread is reportedly one of Hemsworth's favorite foods.)

In June, Cyrus confirmed their relationship status yet again when she posted a picture of herself wearing a shirt with Liam's last name on the back. She didn't add a caption to the shot, but she did add emojis of cats with hearts in their eyes, which, as it's often said, is worth at least six thousand words.

THEIR DOGS ARE GETTING ALONG, TOO

Shortly after introducing the world to the newest member of her family – a beagle named Barbie – Cyrus posted an adorable picture of Barbie hanging out with her "sister," Liam's dog Tani. "Barbie [loves] Tani!!!!," she wrote. (Hey, it's literal puppy love.)

THEIR REUNION WAS A LONG TIME COMING

In January, a source told PEOPLE that after the couple parted ways two years ago, "Miley never got over Liam. Despite them constantly fighting before the split, Miley always said Liam is the love of her life." The Cyrus insider added, "There were so many things that she loved about their relationship. They had a lot of fun, and Liam was mostly very supportive of Miley." The source added that the reunion speculation didn't come as a surprise: "It seemed she was always hoping and dreaming that they, one day, could get back together again." Another source close to Cyrus told PEOPLE, "Miley is where she has wanted to be for the past two years. Back with Liam and very happy. Miley never wanted to split. Things just got so bad that they really needed the break. "Now reunited, Miley seems ecstatic," continued the source. "She loves her life and is excited about the future. She always loved her engagement ring and was very proud of it." 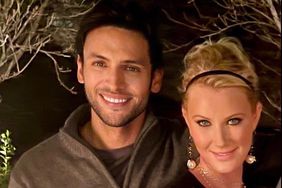