In the wake of controversial photos, the couple hit a bump in the romantic road

When paparazzi photos first surfaced of Patrick Schwarzenegger interacting closely with female pals over spring break in Mexico, he immediately tried to set the record straight. “Omg. It’s one of my best friend’s girlfriends,” he Tweeted on March 16. “Would NEVER do anything against my GF.”

But his “GF,” Miley Cyrus, 22, is having a tough time moving past the whole incident. “Miley is embarrassed about the photos and Patrick is devastated about that because he really cares about her,” says a source close to the couple, who have been dating since November.

“They’ve been talking and are going through a tough time.”

While several sources insist Schwarzenegger, 21, did not get any closer to the women than the photos depict, Cyrus is nonetheless super bummed about the situation, a source close to the singer’s circle tells PEOPLE.

“He didn’t cheat or kiss anyone but she’s still not happy about the photos,” says the source close to the couple. “It’s just embarrassing for her, and him.”

While Schwarzenegger has kept a low profile over the past week, the “Wrecking Ball” singer made a surprise appearance at South by Southwest in Austin, Texas, on March 19, and then headed to Las Vegas for a low-key weekend work trip.

While Schwarzenegger, a full-time student in his junior year at USC, focuses on finishing up the school year, he and Cyrus are working to navigate their next steps. Says the source: “They’re trying to work this through.” 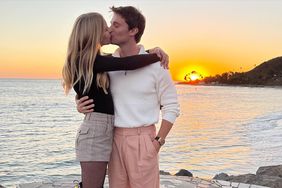 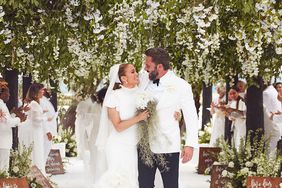