How Miley Cyrus Is Changing for Liam Hemsworth: 'She Is Doing Everything to Make Him Happy'

"Miley knows that for their relationship to work, she needs to tone things down and act more normal," says a Cyrus source

Her Instagram feed is as zany as ever, but Miley Cyrus is putting most of her wild days behind her for fiancé Liam Hemsworth.

“For the past few weeks, they have lived a very secluded life,” says a Cyrus source. “When they are not working, they rarely leave home. They often have people over for dinner, and Miley has gone from a wild child to a housewife.”

And though the two formerly butted heads over Cyrus’ wild behavior and ultimately called off their first engagement in late 2013, Cyrus “is doing everything to please and make Liam happy” since the pair reunited in January, according to the insider.

In their first go-around, “Liam couldn’t handle when Miley acted nutty,” says the source. “Miley’s problem was that she thought Liam was boring when he complained.”

But now the “Wrecking Ball” singer is “toning things down and acting more normal,” says the source. “She even stopped hanging out with friends that are too wild. She is very focused on making things work with Liam.” 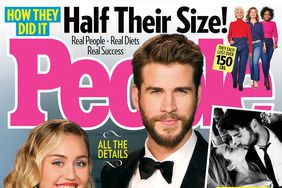 How Miley Cyrus and Liam Hemsworth Reconciled After Being Torn Apart by Hollywood: Sources

When's the Wedding? All About Miley Cyrus' Future Walk Down the Aisle with Love Liam Hemsworth