Mila Kunis on Her Long-Term Bond with Husband Ashton Kutcher: 'I Literally Can't Lie to Him'

"There's nothing we don't know about each other," Mila Kunis says of husband Ashton Kutcher

After knowing one another for nearly two decades, Mila Kunis says it’s all but impossible to pull a fast one on husband Ashton Kutcher.

“We can’t bulls— each other. I literally can’t lie to him. He can call me out on everything, and I can do the same, because there’s nothing about the other person’s face that we don’t know,” Kunis tells Glamour for its August cover story.

The two met in 1998, when 14-year-old Kunis and 20-year-old Kutcher were cast in That 70’s Show. The pair evolved from costars to friends to spouses, and Kunis, now 32, says their years together have made their bond strong.

“There’s nothing we don’t know about each other because we’ve known each other for so long: the ugly, the bad, the good,” she says.

The actress also addressed the “friendship breakups” the two have had over the course of knowing each other.

“We went through a period where I thought he was crazy. At the height of his career, I was like, ‘Ugh, I don’t like you. I don’t even know you anymore. You think you’re such hot s—,’ ” she recalls.

Kunis says their relationship “truly is being married to your best friend. That’s a cliché; it’s cheesy. But it’s true.”

Now expecting her second child with Kutcher, 38, the Bad Moms star also gushes about his parenting skills with 21-month-old daughter Wyatt Isabelle, and how he’s not the type of dad who gives up on a problem easily.

Kunis also talks about some of the craziness that comes with raising their toddler.

“Children are f—— crazy. They’re also suicidal. Like, at the park, certain jungle gyms have an opening for older kids to jump out of. She’s 19 months; she can’t jump. She just walks off it as if she’s on a pirate ship,” she joked.

“Have a baby, and you realize: The second you think you got s— figured out, you don’t. It’s the greatest wake-up call,” she added. 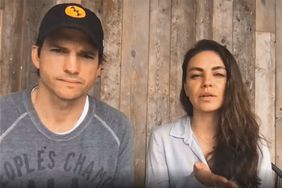 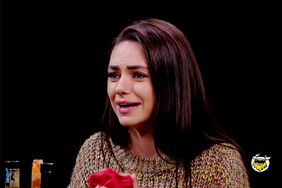