"I was weeping ... I was dumbfounded ... which chicken did I steal?" Kunis said in a video on Wednesday

Mila Kunis is setting the record straight: she did not steal a chicken from a Ukranian child.

Singer Kristina Karo is suing Kunis for allegedly stealing her treasured pet chicken when they were both growing up together in the Ukraine.

According to a claim filed in Small Claims Court in Los Angeles on Monday, Karo is seeking $5,000 to cover therapy sessions she needs “due to isolation for the loss of her chicken pet ‘Doggie.’ ” In the filing obtained by PEOPLE, Karo states that “upon arriving in the US and seeing [Kunis] in person, more therapy was needed due to emotional abuse.”

Kunis and husband Ashton Kutcher took to Meerkat on Wednesday to respond to the lawsuit. In the video posted on TMZ, Kutcher asked for his wife’s response to the legal action, and she joked, “I was weeping … I was dumbfounded … Which chicken did I steal?”

Kutcher, 37, then went on to question the details and timing of the suit, saying, “The girl has a music video coming out the same time she is suing you?”

We know at least one person watched Karo’s music video. Kunis claimed she’s filing a countersuit seeking damages for having to sit through it: “My body hurts, my eyes hurt; they’re burning. That requires money.” 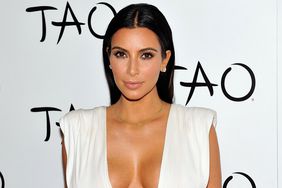 Seven of the Weirdest Celebrity Lawsuits Ever