The cause of death was not immediately announced.

“Mr. Spillane died this morning at his home here. His family was with him,” said Brian Edgerton, funeral director at the Goldfinch Funeral Home in Murrells Inlet, South Carolina.

Born Frank Morrison Spillane on March 9, 1918, in Brooklyn, New York, Spillane grew up in Elizabeth, New Jersey, and began his career as a magazine and comic writer. The first incarnation of his Mike Hammer was a comic book character named Mike Danger.

Spillane wrote more than two dozen books, including 13 in the Hammer series. His books sold more than 140 million copies around the world, according to a fiction writers Web site.

The first book, introducing Hammer, was I, the Jury, which he reportedly wrote in nine days and was published in 1947. Spillane’s Hammer books also included My Gun Is Quick, Vengeance Is Mine, Kiss Me Deadly and The Big Kill.

“There’s a kind of power about Mickey Spillane that no other writer can imitate,” The New York Times once said of his work.

Spillane, a Jehovah’s Witness who taught Bible class, occasionally acted in movies and played Hammer in the 1963 film of The Girl Hunters, as well as parodying his gritty image in television commercials for Miller Lite beer.

Spillane had no pretensions about his writing, going about it with the philosophy that “If the public likes you, you’re good.”

He was known for blunt writing and blunt talk and had no trouble admitting that money was a prime motivator for his writing.

In 1995, when he was named a grandmaster of his craft by the Mystery Writers of America, he recalled the days when he didn’t write mysteries.

“I used to write true confessions stories like ‘I was a pregnant teen-ager’ and ‘My boyfriend said we stopped in time,”‘ he said. “I write when I feel the urgent need for money.”

Spillane was immune to critics who thought his style was uncivil, and once said, “Those big-shot writers could never dig the fact that there are more salted peanuts consumed than caviar.”

Spillane had lived in Murrells Inlet, which he discovered when he was an Army flight instructor during World War Two, since the 1950s.

Spillane was married to his third wife, Jane Rodgers Johnson. His first wife was Mary Ann Pierce, with whom he remained on speaking terms. His second was Sherri Malinou, a Los Angeles publicist from whom he split bitterly in 1983.

He had four children from his marriages.

An Ex-Wife's Suit Behind Him, Mickey Spillane Returns to the Easier World of Fiction

Mickey Spillane Chucks His Shamuses and Molls to Write for a Tougher Audience: Kids

Another in the Can 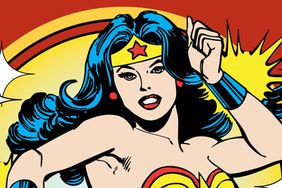 The Secret Story Behind 'Wonder Woman' : The Bizarre (and Kinky) Life of Creator William Moulton Marston