The day after Mick Jagger, 70, bid farewell to his longtime love L’Wren Scott at a private funeral in Los Angeles, PEOPLE has confirmed that Scott’s will bequeathed all of her possessions to the Rolling Stones singer – a fortune estimated to be worth $9 million that includes the $8 Million New York condo where she died in an apparent suicide on March 17.

“I give all my jewelry, clothing, household furniture and furnishings, personal automobiles and other tangible articles of personal nature … together with any insurance on the property, to Michael Phillip Jagger,” Scott’s will stipulated. Signed on May 23, 2013, it also pointedly barred her relatives from inheriting a penny.

“I give the rest and residue of my estate to Michael Phillip Jagger. Except otherwise provided in this will, I have intentionally omitted to provide heirein for any of my heirs at the date of my death.”

Scott was estranged from her sister, Jan Shane, 53, who lives in Scott’s home state of Utah and was not invited to the L.A. funeral. However, she was close to her brother Randall Bambrough, 58, who helped organize the funeral with Jagger and oversaw Scott’s body being transported from New York to Los Angeles over the weekend. He also split Scott’s cremated remains with Jagger.

Jagger, who dated the fashion designer for 13 years, already has an estimated net worth fortune of $328 Million, and is the fifth richest lead singer in the world.

The New York Daily News was the first to report this story. 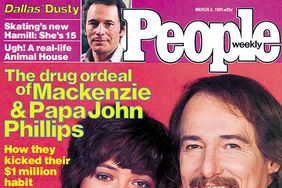