Michelle Obama Shares What Sasha and Malia Have Taught Her About Talking to Teens (Forget Email!)

"Don't make the mistake of responding to a text using full sentences with proper grammar and punctuation," Michelle Obama warned of texting with teens

“The truth is, Generation Z – that’s what they’re called; these are the kids who are right now in high school and middle school – they interact with the world in fundamentally different ways than generations before them,” the First Lady explained to the crowd gathered at the Better Make Room launch at the White House Monday.

“And I’m someone who lives with two Generation Z-ers, and I’m experiencing this firsthand,” she added of her daughters, Malia, 17, and Sasha, 14.

The 51-year-old First Mom seems to have a few things figured out, however, and she went on to share the following tips for getting through to teens:

1. Email is (or may as well be) dead.
“Don’t waste your time trying to connect with your kids via email,” she said. “That antiquated method is as useless as Morse code. Instead, they’re into texting, and Snapchat and Vine – all that stuff.”

2. Keep it short and sweet.
“Don’t make the mistake of responding to a text using full sentences with proper grammar and punctuation. Whenever I do that my kids always think I’m mad at them,” she said, to laughter from the crowd. “It’s like, ‘What did I do, Mom? Why are you using sentences?’ They prefer very – and I mean very – short responses; one word – better yet, a few letters.”

3. Never underestimate the power of emojis.
“If you really want to get their attention, use symbols, little symbols,” Obama advised. “There’s the smiley face, the angry face, and all the other faces that can show any emotion that you may be feeling.”

4. TV is out, touch screens are in.
“You may have noticed that instead of watching TV, your kids are on YouTube. And they don’t just want to watch a screen, they want to swipe it, and poke it, create their own content on it.”

“So it’s no wonder why Generation Z-ers have short attention spans,” she added. “They usually stop listening to us after about six seconds. Their eyes just glaze over as we blather on and on. We think we’re getting into them, but they’ve shut us off minutes ago.”

So what’s the answer, according to Obama?

5. Gen Z-ers want to DIY.
“Generation Z is a do-it-yourself kind of generation,” the First Lady said. “These kids are working hard, and they are entrepreneurial, and they want content that’s authentic and raw – nothing polished, nothing packaged.”

“If we truly want to engage this generation in a conversation about higher education, we need to give them a space where they can drive that conversation themselves,” she added of her new initiative, which calls on teens to use social media sites like Vine, Twitter and Instagram to celebrate their peers’ accomplishments.

The campaign also comes with its own website, BetterMakeRoom.org, where students ages 14 to 19 are encouraged to share stories and get practical advice on how to continue their education past high school – like when to sign up for SAT and ACT tests and how to fill out financial aid forms and college applications.

Obama has some high-wattage partners in her mission. Cleveland Cavaliers star LeBron James will appear with her at a higher education event in Ohio on Wednesday, and Keegan-Michael Key, Ciara and Scandal‘s Tony Goldwyn put together this PSA for the cause:

But Obama said she knows it will take much more than a “public service announcement telling them that school is cool” to get teens’ attention.

And then she really proved how much she “gets it” by adding at the launch, “And the truth is, I probably won’t understand everything that we’re doing with this campaign – and neither will many of you. But that’s okay – we’re old. 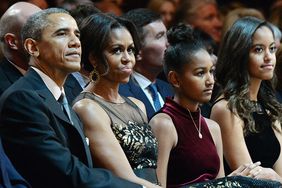 Michelle Obama on Sasha and Malia: My Husband and I Are 'the Last People Our Kids Want to Be with' 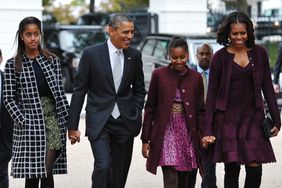 With Sasha Finishing High School, Michelle Obama's Cool with an Empty Nest: 'I Don't Need My Children to Make Me Happy' 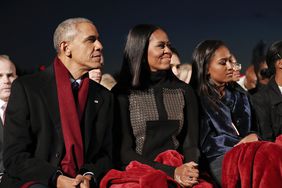 The Obamas Talk to PEOPLE: 'Still a Lot of Work to Do' 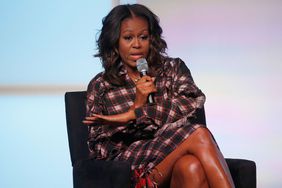 Michelle Obama Jokes That Her Husband Could Use More Friends: 'Sometimes, Barack, It's Like, Who Are You Talking To?' 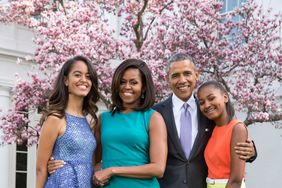