The First Lady and her daughters will travel to Liberia, Morocco and Spain as part of the Let Girls Learn initiative

Michelle Obama and her daughters Sasha and Malia Obama are leaving dad behind, this summer, and heading overseas.

The First Lady and her teenagers – along with grandmother Marian Robinson – will travel to Liberia, Morocco and Spain at the end of June and into early July as part of the Let Girls Learn initiative, the White House said in a press release, Wednesday. Throughout the trip – which includes stops in Monrovia, Marrakech and Madrid – Obama will speak to young girls about the importance of education and staying in school.

First stopping in Liberia on June 27, Obama will visit a Peace Corps Training facility where young women are participating in a Girls Leading Our World camp. She will also take part in a discussion moderated by actress Freida Pinto, which will cover the educational barriers girls face in the country. President Ellen Johnson Sirleaf will meet with the First Lady.

Next, in Morocco, Meryl Streep will help Obama and Pinto discuss the challenges women in the African country deal with on a regular basis.

Finally, on June 30, Obama will deliver a similar speech in Spain about Let Girls Learn’s efforts and meet with Queen Letizia before heading back to the United States.

Let Girls Learn is a government initiative aimed at helping girls obtain a quality education. Obama has employed star power to promote the initiative in the past, creating a special anthem with the help of singers like Kelly Clarkson in March.

RELATED VIDEO: Beyoncé and Michelle Obama Hug It Out in Central Park!

Malia won’t be leaving home just yet, though, as she deferred attendance to Harvard until fall 2017. 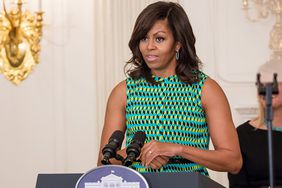 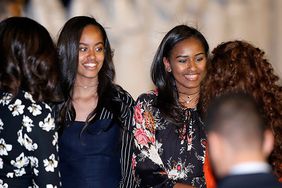 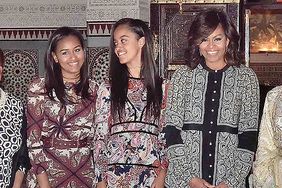 Michelle, Malia and Sasha Obama Pick Prints for Their Next Morocco Outing 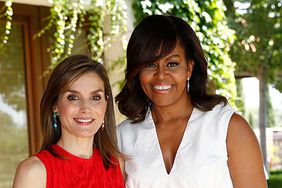 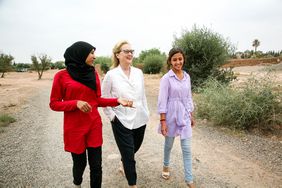 WATCH: Meryl Streep Shares How Her Grandmother Inspired Her to Push for 'Equality for Women and Girls' 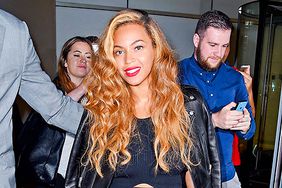